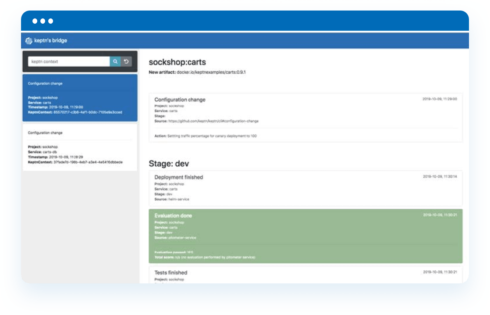 Earlier this week, Dynatrace announced the release of a new open-source project: Keptn. Keptn is a pluggable control plane that automates the processes and tools needed for continuous delivery and automated operations.

Dynatrace hopes that the project will help advance the industry toward autonomous clouds.

“Keptn is an outcome of a belief and program we have been working on for years,” said John Van Siclen, CEO of Dynatrace. “In talking with CIOs and CTOs of our many enterprise customers, it’s become clear that advanced levels of automation and intelligence are required to bridge the growing gap between limited IT resources and the exponential increase in scale and complexity of dynamic enterprise clouds and the growing cloud native workloads now being deployed. We purpose built our new Dynatrace® platform with a powerful, explainable AI engine at the core to identify anomalies and degradations with precise root-cause to trigger automatic self-healing actions. But what’s been missing has been a simple, repeatable way to harness this potential and leverage it for a true NoOps approach. Keptn provides an answer and we are thrilled to offer it to the industry as an open source project.”

Key features of Keptn include a simple way of specifying multiple continuous delivery pipelines, an easily maintainable automation approach, and a high level of transparency that follows a GitOps model.

Keptn is currently being used in Dynatrace’s new Autonomous Cloud Enablement Practice. The company is also working with customers, partners, and technology companies to continue adding new functionality for the project.