Report: Security is the biggest concern for those running containers 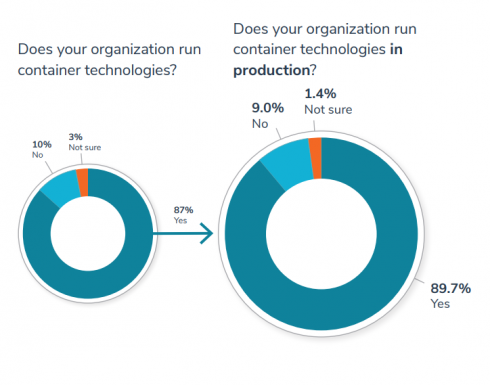 While container adoption continues to accelerate, companies continue to struggle with things like security and data management.

RELATED CONTENT:
Container Security Guide
Report: Only half of organizations are currently deploying Kubernetes in production
Report: The 10 most popular Docker images contain at least 30 vulnerabilities each

According to the findings, the most common reason organizations were deploying containers was to increase developer speed and efficiency, with 37 percent of respondents claiming this to be their reason. Other reasons include increasing agility (20 percent), avoiding cloud vendor lock-in (19 percent), and saving on infrastructure costs (14 percent).

Finally, the findings reveal that Amazon is the most trusted company to help run Kubernetes, by a significant amount. Thirty-four percent of companies trusted Amazon, while 17.2 percent trust Microsoft, 17 percent trust Google, and 14 percent trust IBM.

Portworx surveyed 501 IT professionals to gather these results. Respondents were asked screener questions that ensured that they were both part of the IT department and were familiar with their company’s IT strategies.