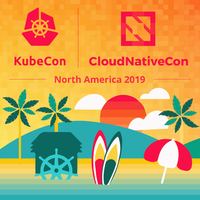 KubeCon is in full swing with companies continuing to announce new features and solutions dedicated to the Kubernetes ecosystem.

Here are some more highlights from the week:

According to the CNCF, these events will focus on community engagement in the Kubernetes ecosystem. They can be organized by anyone in the CNCF community.

The CNCF will provide support for these events via guidance, tools, and promotion through newsletters, blog posts, and social media channels.

RELATED CONTENT:
Kubernetes and Minecraft: What do they have in common?
KubeCon Day 2
KubeCon Day 1

The tracing features will allow users to correlate traces with metrics. This will let them to reduce the time it takes to resolve production issues.

New additions in StorageOS 1.5 include data locality through an admission controller and the ability to share a file system across multiple containers.

“Grafana Labs is proud to have created Loki and fostered the development of the project, building first-class support for Loki into Grafana and ensuring customers receive the support and features they need,” said Tom Wilkie, VP of product at Grafana Labs. “We are committed to delivering an open and composable observability platform, of which Loki is a key component, and continue to rely on the power of open source and our community to enhance observability into application and infrastructure.”

CloudBees adds GUI to Jenkins X
CloudBees has announced a GUI for Jenkins X, a service that provides automated CI/CD for cloud-native apps on Kubernetes. Developers can use Jenkins X to build and deploy cloud-native applications without having to be an expert in Kubernetes and its ecosystem.

“Our goal is to make Jenkins X the most friction-free environment for developers looking to use Kubernetes in an opinionated, automated way,” said Mo Plassnig, vice president of cloud of CloudBees. “Offering a richer, more intuitive GUI is just the start. Contributors throughout CloudBees and the Continuous Delivery Foundation ecosystem are hard at work creating more improvements – everything from log handling to environment promotions to onboarding of workflows.”

Cloud Platform is built on top of the OpenStack Foundation’s StarlingX project to provide simple Day 1 and Day 2 operations. It provides orchestration of fully automated software updates and upgrades, with rollback capabilities. 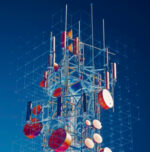 Dell and Wind River team up on telecom cloud infrastructure