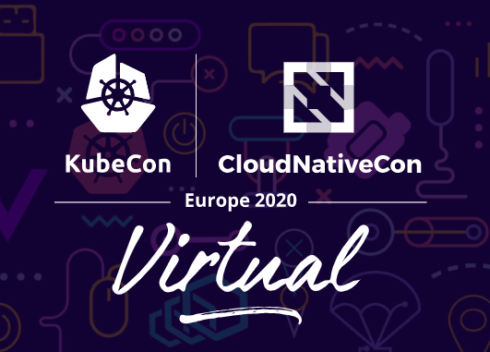 The virtual KubeCon + CloudNativeCon EU kicked off yesterday, and a number of cloud-native companies announced new offerings and updates to existing products.

Here are a few highlights:

The free version includes one optimized application in production, community support, up to two metrics per experiments, up to five parameters per experiment, and three experiments per month.

“With Kublr focusing on enterprise infrastructure and Kubernetes management across multiple clouds, on-prem and hybrid environments; and Cloudtamer providing multi-cloud governance and cost management; the two solutions complement each other well,” said Oleg Chunikhin, CTO of Kublr. “A new quality emerges for customers using Kublr and Cloudtamer – fast time to value, with production clusters up and running in hours instead of weeks, combined with strict governance and budgetary controls. This is especially important today, when the COVID-19 pandemic exposes organizations to new challenges setting new urgency and re-prioritizing their IT organizations’ tasks.”

CNCF accepts Thanos as incubation-level project
Thanos is a system for centralizing and scaling Prometheus-based systems.

“Monitoring is a critical component of any cloud native infrastructure and long term storage can be challenging,” said Chris Aniszczyk, CTO of Cloud Native Computing Foundation. “Thanos helps to extend the capabilities of Prometheus to run monitoring cost-efficiently at scale and we are happy to see the Thanos community mature.”

Instana releases automatic process crash detection and root cause analysis
According to Instana, this new capability allows customers to determine the root cause of crashes for any process managed by Instana. It is available now in Instana’s SaaS and self-hosted solutions for no additional charge.

“Even though today’s microservice applications built to dynamically handle individual service crashes, the fact is that abnormal process terminations do lead to poor application performance and other operational problems,” said Chris Farrell, technical director and APM strategist at Instana. “Instana’s new automatic crash detection and root cause analysis solver allows anyone involved with applications to see why a crash occurred so that it can be fixed, making the overall applications much more stable.”

Key features in this 1.0 release include cluster reconciliation using a single command; the ability to deploy preferred CNI plugins; static worker nodes support for bare metal, IoT, and edge environments; and extended OS support with Flatcar, CentOS 8, and RHEL. In addition, the  KubeOneCluster API is now in beta.

Mirantis acquires Kubernetes IDE Lens
Lens is a Kubernetes IDE that simplifies the developer experience for working with Kubernetes. It first launched in March 2020 and has grown to 35,000 users. Features of the IDE include context awareness, multi-cluster management on any cloud, the ability to have multiple workspaces, and built-in Prometheus stats.

Mirantis will invest significantly in the platform going forward.

“Just like Visual Studio was a breakthrough for software developers, Lens is a game changer for Kubernetes developers and operators. It makes writing, testing and running Kubernetes apps easy and simple on any public or private cloud,” said Adrian Ionel, co-founder and CEO of Mirantis. “Lens fills a major gap in moving people from being interested in Kubernetes to being productive with Kubernetes.”

PX-Autopilot for Capacity Management is a solution that automatically detects when storage capacity is low and provisions more as necessary. New additions in version 1.3 include GKE pool management support, auto pool rebalance, and a GitOps based approval workflow.

Snyk launches Infrastructure as Code solution
This new addition to Snyk’s portfolio allows developers to find and fix issues with Kubernetes configurations and Terraform code before they cause problems in production.

According to Snyk, often when developers write infrastructure as code, they struggle to create secure configurations if they don’t do manual code reviews or extensive research. When they don’t have the bandwidth to address those concerns, security is often forgotten.

“We’re helping to scale cloud native application security for our customers, and this now includes a developer-first, integrated approach that supports the developer through the development process, while empowering them to build securely, fix quickly and move on through their workflow,” said Guy Podjarny, co-founder and president of Snyk.

Also, Sysdig found that 40% of images are pulled from public registries. It explained that images from public sources are very rarely checked for vulnerabilities. For example,. Docker Hub certifies less than 1% of its hosted images.