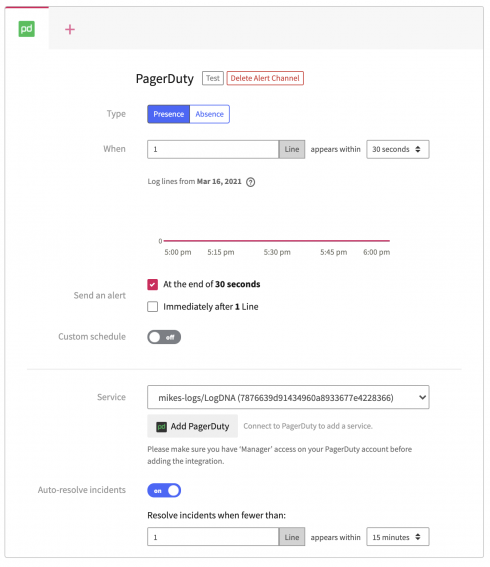 LogDNA has announced a new feature for its PagerDuty integration: the ability to auto-resolve PagerDuty Incidents. This enables SREs to be more confident in when an incident is truly over and eliminates the need to manually go through logs and monitor infrastructure to determine when a system is back up.

“With widespread usage of multi-cloud and CI/CD pipelines to deliver software, businesses need to store data in multiple locations simultaneously, presenting challenges in centrally managing and controlling access to secrets,” said Asvin Ramesh, director of technology partners at HashiCorp. “With HashiCorp Vault, customers maintain full control of their secrets by using their own managed Vault instance to give role-based access to secrets spread across various cloud storage providers, data centers, while also keeping detailed access logs. Opsera, with it’s ‘bring your own Vault’ feature, makes it possible for customers to securely access private key material across all of the tools and CI/CD pipelines for software delivery.”

The funding will be used to accelerate the development of its open source observability platform while supporting the success of its community and customers.

“Seven years ago, Grafana Labs started with a single open source project. With its sleek dashboards and user-friendly interface, Grafana revolutionized data visualization, making metrics more accessible to everyone within an organization. Since then, we’ve built out our open observability platform to include logs with Loki and traces with Tempo, and integrations with more than a hundred disparate data sources,” Raj Dutt, co-founder and CEO of Grafana Labs, wrote in a post.