Is ITIL still relevant in a DevOps world? 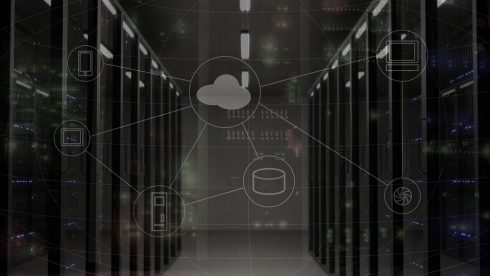 Back in the late 1980s, the UK government’s Central Computer and Telecommunications Agency (CCTA) developed a set of recommendations to govern the way private and public sector organizations manage IT with a set of standard practices. As computing took on greater importance and a greater role in everyday business, government agencies and private sector companies alike began creating their IT management practices resulting in a hodgepodge of methodologies that often created more problems than they solved.

And thus, ITIL (Information Technology Infrastructure Library) was born. The framework describes a range of processes, procedures, tasks, and checklists applicable to virtually any organization with IT assets. At the time it was a necessary, if not inventive, step in aligning IT operations and establishing best practices across a burgeoning industry. It was a blanket solution to a widespread (and growing) challenge for organizations around the globe.

RELATED ARTICLE: An IT operating model for for a king (and everyone else)

But like other popular trends of the time — CD-ROMs, large desktop computers, and brick-sized cellular phones — ITIL now appears to be an artifact of a bygone era when viewed through the lens of today’s IT operations/service management (ITOM/ITSM).

It begs a simple question: is ITIL still relevant in the era of DevOps and hybrid cloud?

Even with updates, ITIL is outdated

Over the last few decades, ITIL has played a pivotal role in shaping how the industry views IT operations. It’s created a widespread workload-first philosophy — sequential, plan-oriented, and predicated on setting up devices to handle specific workloads first and worrying about maintenance later.

The premise is that technology work can be segmented, as you’d find in a factory, and that aligning infrastructure around key workloads will simplify operations and result in greater efficiency. That is, the initial and continued emphasis on managing IT infrastructure is misaligned with modern enterprises’ goal of better managing services and the customer experience.

IT’s shift toward DevOps has flipped the script on how organizations plan and manage work in the digital era and presents an existential challenge to the legacy ITIL framework. Organizations are increasingly adopting agile development over conventional ITIL-derived waterfall methodologies, replacing a test-at-the-end approach with more iterative continuous integration frameworks.

The continuous — and dynamic — relationship between development and operations teams lays in direct conflict with ITIL’s sequential nature. Even with its most recent updates (26 processes and four core functions), ITIL’s approach still encourages operational and data silos and ignores IT’s general shift toward more service-centric operations.

Today’s enterprise IT is software-defined and service-oriented. It’s private, public, hybrid, and multi-cloud. It’s virtualized, containerized, and increasingly automated. It’s fundamentally and markedly different from how things were even five years ago. So why should organizations rely on management methodologies developed well before the industry’s maturation and evolution?

For all the good it’s done for the industry in the past, ITIL fails to sufficiently meet the demands of modern IT teams in three key areas:

So what’s the new model?

In ITIL’s heyday, its biggest benefit was protection against failure due to organizational change. Change controls protected vital IT infrastructure against misconfigurations or other lapses that led to system downtime, the most important performance metric for a supporting-role IT team.

But today’s IT doesn’t just play a supporting role. It’s an active, willing contributor to organizational success; the driving force behind the modern enterprise. Today’s ITOps must be agile, efficient, and flexible enough to service not just planned workloads, but also modern IT environments built on a model that supports continuous change, automated deployments, and interchangeable components.

Forward-thinking IT organizations have realized that empowering service and line-of-business owners with a management model aimed at maintaining websites, apps, portals, and other customer touchpoints first is the real key to gaining a strategic edge.

The IT world is markedly different from what it was the last several decades. The emergence and proliferation of cloud-based technologies has introduced a slew of challenges around managing and securing more endpoints, devices, and services that ITIL framework developers couldn’t possibly have envisioned. As such, it’s time for IT leaders to reconsider their support models, adopt more contemporary, service-centric operations, and leave ITIL in the past where it belongs. 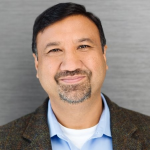 Bhanu Singh is vice president of product development and cloud operations at OpsRamp.

View all posts by Bhanu Singh

premium The future of IT self-service: 5 ways to never take a help call again

Report: More than half of IT teams need improved technology to support remote work