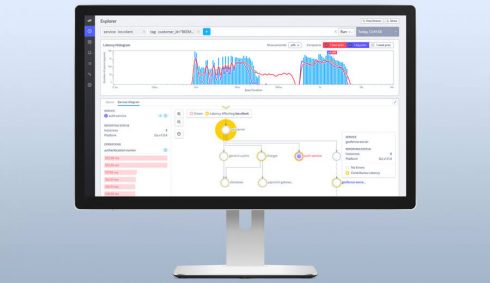 Today at QCon London 2019, LightStep, the leading provider of performance monitoring software for organizations adopting microservices and serverless, unveiled LightStep Tracing. LightStep Tracing is the fastest way for developers and DevOps to adopt best-of-breed distributed tracing, a technique used to dramatically improve the performance and reliability of modern distributed architectures, like microservices and serverless. LightStep Tracing is both easier to integrate and more powerful than any other distributed tracing solution, and it is now generally available as a public beta.

The technology industry now recognizes distributed tracing as a hard requirement for any migration to microservices or serverless. However, until now, distributed tracing has been challenging to deploy and cumbersome to use for enterprise applications. LightStep Tracing changes all of that: it delivers the sophisticated analytical capabilities of LightStep’s powerful [x]PM performance monitoring product in a package designed to accelerate tracing adoption across an engineering organization.

Google was the first to deploy basic distributed tracing in production. That project, called Dapper, analyzes more than 2 billion transactions per second, helping Google’s developers make sense of their large-scale distributed systems. Dapper was built by Ben Sigelman, LightStep’s co-founder and CEO, who went on to co-create the OpenTracing API standard, part of the Cloud Native Computing Foundation.

Sigelman said: “LightStep Tracing is much more than a way to search and visualize distributed traces: with access to 100% of the unsampled data, unlimited cardinality, automatic pattern detection, mobile and web support, and OpenTracing-native instrumentation, it redraws the lines around APM and observability. We are excited about the value this new best-of-breed offering will bring to teams adopting distributed tracing.”

LightStep Tracing incorporates innovations previously found only in LightStep [x]PM, but in a package that’s right-sized for individual teams within the enterprise. LightStep [x]PM serves market-leading customers including Lyft, Twilio, Github, Airtable, BigCommerce, Medium, Segment, Zalando, and many others.