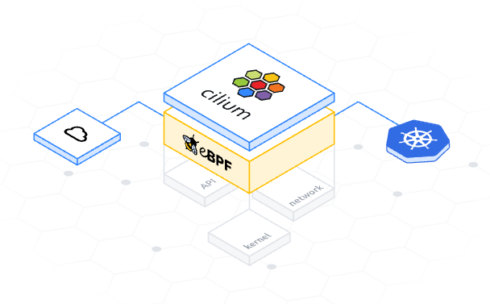 This week’s highlighted project is one of the newest additions to the CNCF. Last week at KubeCon + CloudNativeCon 2021, the foundation announced that its Technical Oversight Committee had voted to accept Cilium as an incubating project.

It makes use of the Linux technology eBPF. Cilium supports dynamic insertion of eBPF bytecode at various integration points of the Linux kernel, including network IO, application sockets, and tracepoints.

The project consists of multiple components that can function independently of each other, enabling users to pick and choose functionality or run Cilium alongside other container network interfaces (CNIs). The components include:

The project is used by a number of large organizations already, including Adobe, Capital One, GitLab, and Yahoo. In addition, Alibaba, AWS, DigitalOcean, and Google Cloud all use it as a CNI plugin for their managed cloud and on-premises Kubernetes platform.

According to the CNCF, some notable stats for the project are that it has over 9,000 GitHub stars, over 12,000 pull requests, and 342 contributors.

“eBPF allows programs in the kernel to run without kernel modules or modifications,” said Chris Aniszczyk, CTO of CNCF. “It is enabling a new generation of software to extend the behavior of the kernel. In the case of Cilium, it provides sidecar less high-performance networking, advanced load balancing, and more. We’re excited to welcome more eBPF-based projects into the cloud native ecosystem and look forward to watching Cilium help grow the eBPF ecosystem.”