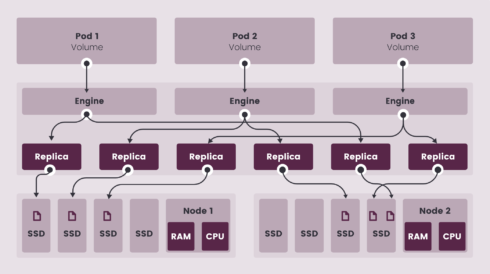 Rancher Labs has announced that the CNCF has accepted its Longhorn project into the CNCF Sandbox. Longhorn is a container storage solution that helps teams manage stateful workloads in Kubernetes.

“Storage is an important area of the Cloud Native landscape, so I’m delighted that Rancher are contributing Longhorn to the CNCF,” said Liz Rice, CNCF TOC Chair. “By becoming a CNCF Sandbox project, Longhorn can help the open source community accelerate the maturity of persistent block storage solutions for Kubernetes.”

Kontena Lens 2.0 was released about a month ago and since then the team has published 19 updates that address over 50 issues. Several of those issues were related to kubeconfig and to the official Kubernetes library itself.

According to the Kontena team, the major enhancement in version 2.3 is improved performance. They also added a feature that allows for the use of custom cluster icons.

This is the second patent the company has received, the first of which was granted in October 2018.