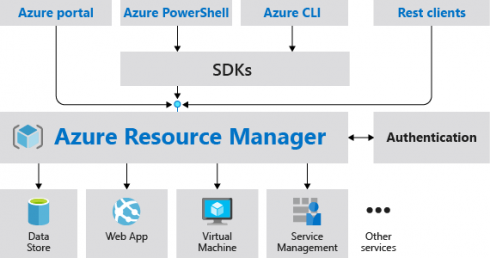 Microsoft announced new partnerships with service health monitoring companies in its Azure Deployment Manager. The Deployment Manager enables users to perform rollouts of resources on a region per region basis. Health checks for the service were announced at Build this year, allowing it to integrate with service health monitors to automatically stop deployment that are deemed unhealthy.

Microsoft has been working with health providers to make this integration as easy as possible. The company recommends Datadog, Site24x7, and Wavefront as starting points for those not already using a health monitor.

Microsoft also announced that Deployment Manager no longer requires sign up, which means that anyone can use it.

AWS announces tag-based access controls for CloudFormation
Amazon has announced that tag values can now be used to control access to CloudFormation resources and stacks, which are groups of resources. According to Amazon, this will allow for a more finely-grained way of managing resources.

The team also fixed a number of bugs, including ones that prevented the Node.js module from working with certain applications.