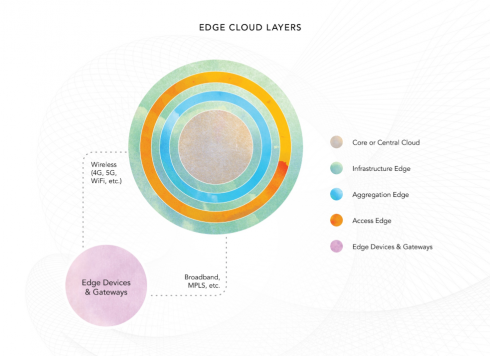 Edge computing can potentially improve the performance, scalability, reliability, and regulatory compliance options for business-critical applications, according to the State of the Edge 2018 report.

The report was produced by a group of edge computing companies, including Vapor IO, Packet, Ericsson UDN, Arm, and Rafay Systems, in collaboration with Structure Research and Edge Research Group. The goal of the report was to document the emergence of edge computing and its impact on developers, technology providers, telecom operators, ISPs, and end users.

“Like most new ecosystems at early stages of development, the excitement and potential of edge computing is a complex set of definitions by a wide range of participants, adding to the confusion around this topic,” wrote Ihab Tarazi, former CTO of Equinix in the report. “This report seeks to rationalize the different factions and help the industry converge on a common definition of edge computing and its related concepts.”

The premise of edge computing is that it shifts high-performance compute, storage, and network resources as close as possible to end users and devices, the report notes. This shifts the burden from centralized data centers to users.

One of the findings of the report is that device edge resources tend to be constrained by power and connectivity. At the infrastructure edge, dynamically scalable resources have the potential to mimic a small-scale, centralized cloud experience.

The report also declared that the recent growth and adoption of cloud native technologies is a primary enabler for a robust edge computing ecosystem. Interest in edge computing is growing rapidly from infrastructure manufacturers, network and cloud operators, and application developers.

“As the industry shifts towards IoT, self-driving vehicles, augmented reality, smart cities and numerous real-time applications, we see high-performance compute, storage and network resources rapidly moving as close to the end user and devices as possible—to the edge of the last mile network,” said Philbert Shih, Managing Director at Structure Research. “The edge ecosystem is large and fast-moving, and the State of the Edge collaboration provides a critical forum for stakeholders to openly work together on terminology and shared research, thereby pushing the industry forward.”

edge computing, state of the edge 2018

IoT is driving organizations to the edge