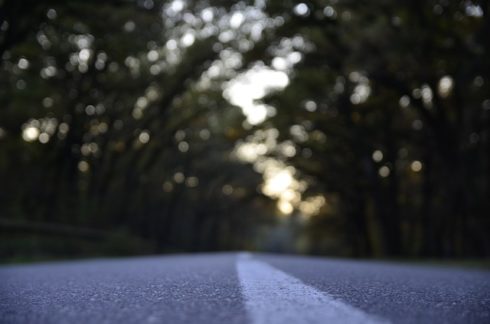 In tech, as in life, change is the only constant. From the days when all of our computer processing took place in mainframe terminals, to the decentralized shift to local servers, to the era of cloud computing, we’ve experienced one transformative wave of innovation after another over the past several decades.

Today, we stand at the beginning of the next game-changing wave; one that Rob High, IBM fellow and CTO, says will have “as much impact as mobile phones did in the world of consumer computing.” This is the move to edge computing. The edge is blurring the lines between data centers and campus networks, and challenging organizations to rapidly evolve their network infrastructure in order to keep up with the coming changes.

Statistica Research Department estimates we’ll have 75.44 billion Internet of Things (IoT) devices connected worldwide by 2025. Others say that number will reach 150 billion within the same timeframe. This means every enterprise will soon have thousands, or even millions, of connected devices to manage.

As these devices are becoming increasingly intelligent and complex, they’re processing more data “on the edge” (closer to the data’s origin or destination) – saving that data from travelling to the cloud. With AI and robotic devices quickly becoming ubiquitous across all industries, we’ll not only see more capacity for edge computing, but also more need.

When data is processed in the cloud, the physical location of the data can be half a world away. But increasingly, we’ll need to keep our data close by, in order to run critical processes that can’t afford the delay caused by travel to a faraway processing location. Consider running a self-driving car, for example. You don’t want to rely on data being processed in a data center thousands of miles away to help you avoid obstacles. Every nanosecond counts.

Also consider that some devices produce terabytes of data. This congests the network and produces unwelcome latency. The edge helps to optimize these huge amounts of data, removing latency for those functions that can’t be delayed.

In addition, with the spread of 5G networks, enterprises will increasingly bring compute capacity into the environments where we’re working – banks, retail, factories, you name it – and edge servers and edge devices will be there, on-premise, running containerized workloads. 5G speed will also mean that certain applications simply must be run at the edge; connectivity will be too slow otherwise. Before long, this will be the new normal.

Of course, the edge will never replace the cloud, but rather, it’s an add-on infrastructure that will be an increasingly important part of an organization’s overall data picture. While analytics and other processes that require large amounts of data will stay in the cloud, real-time applications processing will be increasingly taking place at the edge.

Companies are already building infrastructure closer to where their data is being created and used. Even campus networks, those private, dedicated networks for large organizations, will increasingly rely on edge computing. However, organizations will need to manage their edge data as if it were centralized. Therein lies the challenge.

Times of change, like this shift to the edge, are always filled with new opportunities – if we manage the transition properly. Edge computing has no existing interoperability or standards.

Organizations must consider how their workloads will get to the right place at the right time. Doing this well will have exciting long-term implications, but getting it wrong could have devastating effects.

Security is a big issue. Edge computing exists outside of the data center and therefore doesn’t have the same protection that comes from being consolidated. When our data is massively distributed, how will we ensure that workloads, data, and devices aren’t tampered with?

The data center as we know it may be dead, but it still provides valuable insights for edge computing.

View all posts by Partho Mishra