Chef to open-source all of its software, creates Enterprise Automation Stack 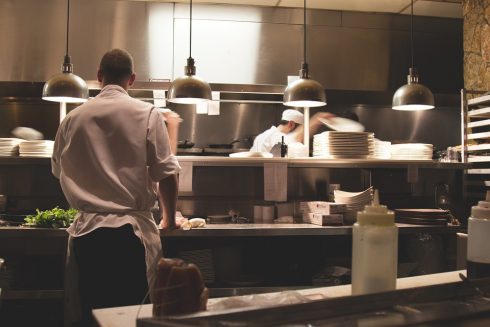 Chef, makers of infrastructure-as-code software, today announced it is moving all of its software to open source, and introducing a new commercial distribution that bundles its portfolio of products as the Chef Enterprise Automation Stack.

The code for its five products — Chef Infra, InSpec, Habitat, Automate and Workstation — is in public GitHub repositories and will be available under the Apache 2.0 license, according to Corey Scobie, SVP of product and engineering at Chef. “This was part of the philosophy when Chef began as an open-source project,” Scobie told SD Times. “All of our product development process — roadmaps, triage and prioritizing bugs — will be transparent.”

Part of the effort here is also to remove confusion in the market about what was a commercial offering and what was free, Scobie explained. Going forward, he said that all of Chef’s technology will be freely available, but it will sell an enterprise version of the bundle under the name Chef Enterprise Automation Stack.

The move also comes in response to what the company has seen from its customers and is calling the Coded Enterprise. Scobie said the term applies to those organizations that are using code and DevOps techniques to codify instructions for infrastructure, security and compliance, and application dependencies. “Code is versionable, and encourages collaboration in a language that’s not nuanced,” he said. “We believe the right way [for organizations] to collaborate with customers is in code. Everyone can understand and parse the actual artifact, which can then be pushed through a pipeline.”

Modern application architectures have created confusion in the industry regarding the definition of infrastructure and infrastructure management, as tasks that had traditionally been performed by I&O groups are moving up the stack. Also, organizations falling under the Coded Enterprise mantle are dealing with a host of applications running on different platforms, creating frictions that slow applications down and make them difficult to update, maintain and secure. For instance, Scobie looked at Kubernetes adoption. “Organizations then build a pipeline specific to deliver Kubernetes containers, but that’s tough in a turbulent world where things change rapidly,” he said. “Being locked in is problematic.” Scobie noted that Chef packaged artifacts can run on bare metal, VMs, in containers or in the cloud.

Chef Infra, formerly known simply as Chef, enables infrastructure to be defined as code and configured, deployed and managed in an automated fashion. InSpec provides the security and compliance piece of the stack, while Habitat is Chef’s application automation and packaging software. Chef Automate provides the view of all the automations created for the purposes of updating and maintaining them, and Workstation provides everything customers need to create infrastructure as code and the automations required.

“These are five different projects, all at different levels of maturity,” Scobie said. “As the Automation Stack came together, we realized we needed to normalize the conversation about what our offerings were.”

Chef will sell an Essentials bundle of its software to small and medium-sized businesses, and an Enterprise version with premium support and a higher level of engagement for Global 5000 companies and government organizations, Scobie said. Each individual project is available for free use under the terms of the Apache license.