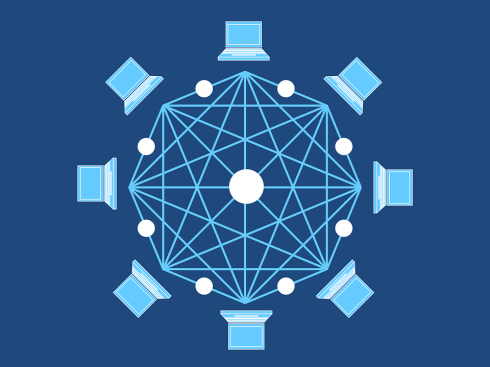 One would be hard-pressed nowadays to enter a conversation about decentralized networking without the term ‘blockchain’ becoming the focal point of the discussion. The promise that blockchain technology will disrupt a plethora of industries has captivated individuals and businesses globally. Whilst I certainly believe that the emerging technology will play a huge role in shaping the future of a range of sectors, I don’t think this maximalist approach to decentralization is the right way forward: blockchain is not the only offering.

Blockchains are typically thought to be one of many decentralized networks, a category that itself falls under the wider umbrella of ‘trustless’ networks. The idea behind a decentralized network is that its nodes can interoperate without making a call to centralized decision-making/management sources. Nodes can reach consensus with each other, by agreeing to run the same algorithms to form conclusions. How they do this is down to the type of consensus they’re running, but all share the goal of reaching key decisions together. The topology here points to the strength of the network – no node is granted special permissions over another, meaning that vulnerabilities are greatly mitigated as there’s no central point of failure.

Nodes can join such a system and go offline for periods of time or even permanently, without compromising the systems’ functionality. Provided the network is properly engineered so that a cartel or consortium of nodes does not form the majority of the total count, the consensus that dictates the network’s activity relies on agreement of a substantial proportion of participants, thus negating the power of individual bad actors. Along with blockchain tech, other members of the decentralized family that operate in such a manner include things such as mesh networks, swarm networks, torrent networks and consensus ledgers. The running theme is a peer-to-peer mechanism, which means that such networks are not prone to censorship.

Within trustless networks, there’s no de facto requirement for participating nodes to be permissioned or validated. It’s an interesting dynamic, where nodes as part of a larger group can be relied on to make self-serving decisions that tie in with the overarching group’s interests. The most fundamental difference, when comparing trustless networks to others, is that the trust that was previously required in a centralized actor is now spread across a profusion of independent nodes in a system (variants of this exist with permissioned or semi-permissioned ledgers).

An economic model forms the basis of incentivization of honest participation. For instance, if one takes a PoW blockchain, every miner is strongly incentivized to act properly by guessing hashes and finding new blocks to append to the blockchain. The miner earns a block reward for his or her efforts, as well as any fees of a transaction stored inside the block. The integrity of the miner is assured by his peers, as they can check the work is valid, and by their own electricity and hardware expenditures. And yet, every miner in this sort of environment is unidentifiable, and operates in a permissionless ecosystem.

It’s important to recognize, however, that blockchains are fairly limited in their applications. There are a handful of issues that are inherent (and have yet to be solved) – scalability is perhaps the most problematic. Compared to other offerings, their performance leaves much to be desired. Blockchain technology excels in censorship resistance and immutability. But as GDPR has now come into force, many are beginning to realize that this is not necessarily a plus for enterprise applications that store sensitive customer information.

By consistently marketing blockchain technology as the quintessential trustless network, companies that do not see a fit for it are less likely to explore alternatives, and instead continue to use the inferior centralized system for say, database needs. Swarm networks, in most cases, are better suited to the storage of data, with the added bonus of being both more scalable and faster than a typical blockchain. Certain implementations even allow for the mutability of data, allowing for more flexible storage that does not hinder performance.

Swarming’s superiority in managing databases can be seen in its topology. Again, the incentives make it so that validation of nodes are not required. Within the larger network, several subsets are formed to optimize transfers of information between one another – not unlike torrenting, it allows a user to download several packets of data in parallel from peers closest (geographically speaking) and with the lowest latency.

We need to stop selling blockchain technology as a database solution. Speed is a major consideration for building apps that make frequent calls. We need to promote decentralization as a whole, and educate businesses on the various different options available to them, so that they can make informed decisions about which networks are best suited to their operations.

Neeraj Murarka is the CTO and co-founder of Bluzelle, which is ushering in a decentralized internet through its decentralized database protocol. 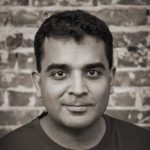 View all posts by Neeraj Murarka