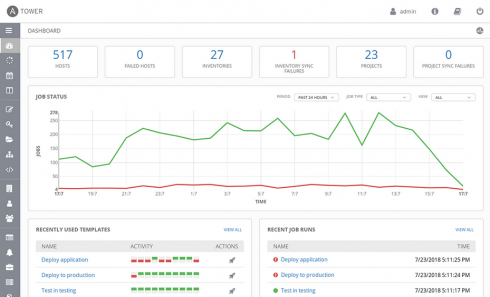 As more businesses are feeling the pressure to move faster, automation across all areas of the business is becoming a necessity. For IT operations professionals, there is a simple tool for enabling automation: Ansible.

According to the company, what makes Ansible so easy to deploy is that it doesn’t use agents and it doesn’t have an additional custom security infrastructure. In addition, it uses a simple language — YAML — to define automation jobs.

Ansible pushes out small programs, or Ansible modules, that are written to the resource models of a particular system. It then executes those modules and removes them when done.

The project supports password use, but recommends instead using SSH keys. It also manages inventory in simple text files, making it easy to add new machines to a group.

The project is on a four month release cycle, and provides support up to three major releases back.

Michael DeHaan created Ansible and Red Hat sponsors the project. To date, the project has had contributions from over 4,000 users.