“By incorporating a Network Infrastructure as Code approach to automation, enterprises can use Itential’s modern agile software development principles to build, test, validate, and deploy network changes and adopt existing investments in the infrastructure as code ecosystem,” said Chris Wade, the CTO of Intential.

The Network as Code (NaC) strategy is part of enterprises’ wider NetDevOps adoption that that applies the concepts of Infrastructure as Code (IaC) to the full network domain, and includes traditional data centers, campus networks, WANs and cloud environments.

The API services enables users to dynamically render configurations from build templates to build the infrastructure, simulate changes before they are made and to compare the simulation outputs to desirable outcomes. It also lets users validate their changes and deploy the infrastructure changes to the network using tools such as Ansible, Terraform, SDN Controllers and Orchestrators.

“Netdevops allows organizations to adopt CI/CD pipelines with the ability to build, test, validate and deploy changes before they are made to the network. These principles greatly improve velocity and quality while catching errors for a continuous improvement methodology,” Itential wrote.

The APIs and services include: 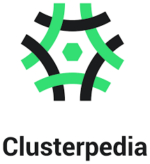