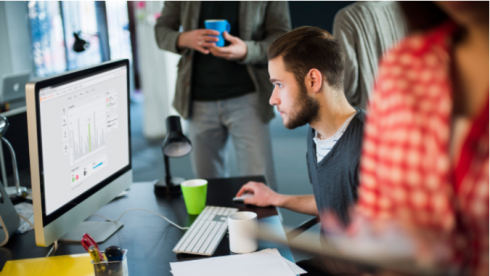 Portworx has announced the preview of PX-Enterprise 1.4, which is the most significant new release of the solution so far. PX-Enterprise is used by organizations to run stateful containers in production.

The company has added 3DSnap, which allows organizations to group and snapshot their data as a single unit. This allows them to maintain an application-consistent backup of complex applications, as well as a copy of complex data to be used in end-to-end testing, the company explained.

The user interface has been redesigned to be more user-friendly and has faster response times, even for large container deployments. It now allows customers to view and manage PX-Enterprise clusters from their desktop, smartphone, or tablet. Other new additions to the UI include a node map that shows which servers are in which data center, powerful search capabilities, volume configuration management, and a time-machine like view of local snapshots and CloudSnap snapshots.

It also added the ability to encrypt volumes to be encrypted with multiple keys, where previously the same key was used to encrypt all volumes. According to the company, this is useful in multi-tenant environments in which applications get the same type of storage, but that storage is used by different customers.

Other updates include DC/OS Vault support, Google Cloud auto scaling support for Google Kubernetes Engine, CSI tech preview, and license transfer functionality. PX-Enterprise 1.4 is now in preview, and will be released into general availability on May 14.

“As enterprises transition to the cloud and DevOps, they are accelerating their container initiatives and expanding them to include mission critical data services,” said Murli Thirumale, co-founder and CEO of Portworx. “Since our first release of PX-Enterprise, we are seeing orders of magnitude increases in both scale and complexity of applications being run in containers.  Our customers now require a scalable cloud native storage platform that simplifies their IT infrastructure and operations, protects against cybersecurity threats and future-proofs their infrastructure for a multi-cloud world.”