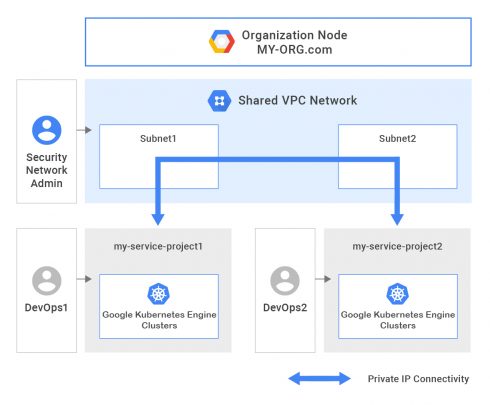 Google has announced the general availability of Kubernetes Engine 1.10. According to the company, this release lays down the foundation for new features that will allows for greater enterprise usage.

“Here on the Kubernetes Engine team, we’ve been thinking about challenges such as security, networking, logging, and monitoring that are critical to the enterprise for a long time. Now, in parallel to the GA of Kubernetes Engine 1.10, we are introducing a train of new features to support enterprise use cases,” Yoshi Tamura, product manager for Google Kubernetes Engine, wrote in a post.

In the coming weeks, the team plans to add new networking, storage, reliability, and auto scaling features. Users will be able to use Google’s Virtual Private Cloud to connect and isolate clusters. They will also have control over the communication between a cluster’s pods.

It will support the Regional Persistent Disk (Regional PD), which provides network-attached block storage that replicates data between two zones in a region. By having replication occur at the storage-level, enterprises will not have to worry about application-level replication, Google explained.

Regional clusters will allow users to create a Kubernetes Engine cluster that has a highly-available control plane. It will have a cluster uptime SLA of 99.95 percent, which is important for enterprises that have a high uptime requirement.

In addition, it will provide a Horizontal Pod Autoscaler that will support three different custom metric types: External, Pods, and Objects.

Other features include node auto-repair capabilties and custom metrics.

“Kubernetes Engine, the first production-grade managed Kubernetes service, has been generally available since 2015. Core-hours for the service have ballooned: in 2017 Kubernetes Engine core-hours grew 9X year over year, supporting a wide variety of applications. Stateful workload (e.g. databases and key-value stores) usage has grown since the initial launch in 2016, to over 40 percent of production Kubernetes Engine clusters,” Tamura wrote.