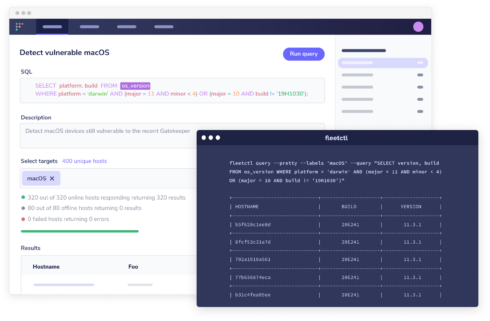 Fleet, which is a device management platform, has announced that it raised $5 million in seed funding, including support from Sid Sijbrandij, co-founder and CEO of GitLab.

Fleet is an open-source project designed to enable developers, security teams, and IT teams to track and secure devices like laptops and servers. SQL queries are used to search for device data.

The platform can be used to monitor vulnerabilities, battery health, software, and EDR and MDM tools such as Crowdstrike, Munki, Jamf, and Carbon Black.

“It’s amazing to see how much traction Fleet has generated over the past year,” said Sijbrandij. “The team emerged from a small community of Fleet open source maintainers to build an enterprise-grade business serving customers worldwide. It’s a real testament to the growing market demand and adoption for open-source software.”

The platform has already been adopted at companies such as Uber, Atlassian, Heroku, Dropbox, Square, Ernst & Young, Wayfair, and more. To date over 1.65 million devices have been enrolled in Fleet.

The project was created by Zach Wasserman, Mike Arpaia, and Jason Meller in 2016, as a way to make it easier to use Facebook’s open source endpoint visibility platform osquery, which Wasserman and Arpaia initially created. A company was incorporated around the project in 2020.

“With over 1.65 million devices enrolled to date, it’s been an exciting first year for our team at Fleet. When we created osquery at Facebook in 2014, we always imagined open source as the answer for endpoint visibility. Today, Fleet fulfills that vision, and more,” said Wasserman, who is also the company’s CTO.