Report: 5G could increase total network energy consumption by almost 200 percent over the next several years 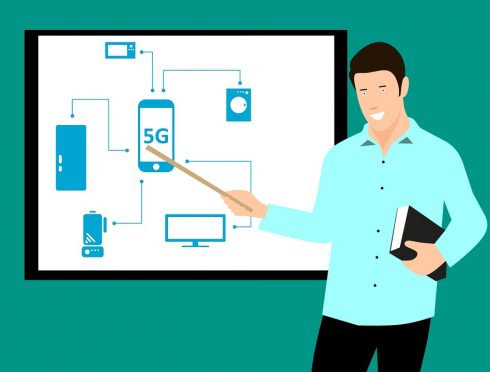 The hype around 5G is continuing to grow, especially after the buzz about the technology from this week’s MWC in Barcelona. But a new report from Vertiv and 451 Research has revealed concerns around higher energy costs as a result of the new technology.

According to the survey, which questioned over 100 telecom operators, 90 percent of respondents expect 5G to result in higher energy costs. Those respondents are also interested in technologies or services that will improve efficiency.

Internal analysis by Vertiv revealed that those concerns are justified; 5G could increase total network energy consumption by 150-170 percent by 2026. The largest increases will be in macro, node, and network data center areas, Vertiv explained.

“This survey brings us clarity on telecom operators’ hopes and fears around 5G and edge deployments”, said Brian Partridge, research vice president for 451 Research. “The two toughest connectivity challenges for supporting 5G topologies were revealed to be upgrading access and aggregation layer networks and adding new backhaul links. Survey respondents indicated that the availability of high quality connectivity to distributed POPs and ease of site acquisition were viewed as the most critical enablers to 5G success. We were frankly surprised by some of these results and believe it brings clarity to the level of transformation the industry now faces.”

The survey also revealed that the majority of respondents expect 5G to really take off globally in 2021. Eighty-eight percent of respondents plan on deploying 5G technology between 2021 and 2022.

In addition, the report revealed that 37 percent of operators have deployed multi-access edge computing (MEC), while another 47 percent are planning on deploying MEC.

“The challenge for operators considering 5G will be choosing the most mature use cases, verticals and eco-systems where they can play a meaningful and sustainable role,” said Giordano Albertazzi, president for Vertiv in Europe, Middle East and Africa. “The research Vertiv has undertaken into edge computing use cases and archetypes, together with this latest survey with 451, will help our operator customers and telecoms partners to build more robust business cases for 5G investments and associated edge compute deployments.”

Report: Sustainability is playing a large part in IT decisions

IBM and Verizon to build 5G testbed in Texas for Industry 4.0 advancement