Platform9 has announced the latest version of its open-source Kubernetes-native serverless framework Fission.io.

The company added new features that will enable developers and IT operations teams to improve the quality and reliability of serverless applications.

The latest release introduces a new live-reload feature that deploys code as it is being written into a live Kubernetes test cluster, allowing developers to toggle between the development and runtime environments and gives them the ability to rapidly iterate through the coding and testing cycles. According to the company, this will allow bugs to be discovered earlier in the development lifecycle.

It also adds a record-replay feature that can automatically save events that trigger serverless functions, which can then be replayed later with detailed information on how the application is used and the inputs and outputs of the functions.

New automated canary deployments will allow Fission to automatically increment traffic proportions to newer versions of the function, and rolls it back to the old version if the new version fails.

In addition, there is now an out-of-the-box integration with Prometheus that automatically aggregates function metrics, such as the number of functions called, function execution times, success, and failures. The integration also allows users to define custom alerts for key events.

“Fission was created to provide a simpler, easier way for developers to accelerate time to value with Kubernetes. Our goal is to help developers produce quality serverless code, and provide Ops teams with the utmost confidence to run serverless applications in production,” said Soam Vasani, creator of Fission at Platform9. “Serverless allows developers to move faster and be more productive. The latest release of Fission focuses on accelerating feedback loops and lowering deployment risk, to ensure that teams can not only move fast, but also safely, and at scale.” 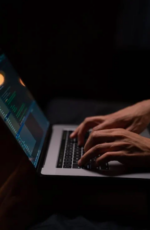