Kubernetes celebrates its fifth birthday, reflecting on its massive growth 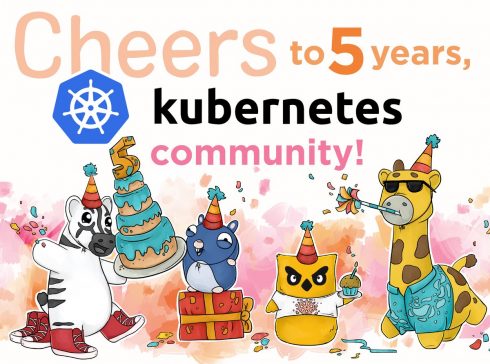 The popular container orchestration tool Kubernetes is celebrating its fifth birthday today. It was first introduced by Google in June 2014, and it didn’t take long for others to see the potential of the tool. By August 2014, major companies such as Microsoft, Red Hat, IBM, Docker, and CoreOS had joined the Kubernetes community.

“Kubernetes came from humble beginnings, with just a handful of developers and in record time grew into its current state with literally thousands of contributors – and even more people involved in meetups, docs, education, release management, and supporting the broader community,” the Kubernetes project team wrote in a guest post on the CNCF’s website.

Today the project has over 75,000 GitHub commits and is used by 54 percent of Fortune 100 companies, according to RedMonk.

“Five years ago, Kubernetes was released into the world. Like all newborns, it was small, limited in functionality, and had only a few people involved in its creation,” the Kubernetes project team wrote. “Unlike most newborns, it also involved a great deal of code written in Bash. Today, at the five year mark, Kubernetes is full grown, and while a human would be just entering kindergarten, Kubernetes is at the core of production workloads from startups to global financial institutions.”

Here are a few of the major milestones the project hit over the past five years: