The CNCF sees a surge in cloud-native adoption 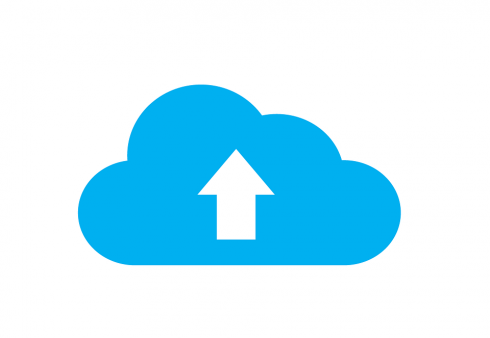 The survey is based off of 2,400 responses from people in developer or IT-related roles such as IT operations, IT managers, project managers, and developer relations.

The CNCF said the findings reinforce the current trends they are seeing in the industry, and that 2018 was really the year Kubernetes and other cloud-native technologies crossed the chasm from early adopters to early majority.

“Cloud-native computing represents the next paradigm of computing that the role of virtual machines played in the last decade. Cloud native is now going to play that role for the next decade,” said Dan Kohn, executive director of the CNCF.

Cloud-native technologies refer to the ability to build and run scalable apps in dynamic environments, using such fundamentals as containers, service mesh, microservices, immutable infrastructure and declarative APIs. “These techniques enable loosely coupled systems that are resilient, manageable, and observable. Combined with robust automation, they allow engineers to make high-impact changes frequently and predictably with minimal toil,” according to the CNCF.

The best known benefit of cloud-native technologies is the efficiency users get from containerizing their apps and having a Kubernetes orchestrator automatically decide which apps are running on which servers, Kohn said. “You get much higher resource utilization and efficiency. You can either run your existing apps on a smaller number of services and save money, or you can serve a much higher demand and load with your existing servers,” he said.

The other benefit, and perhaps the biggest advantage to cloud-native computing, Kohn said,  is its ability to accelerate the development velocity of enterprises adopting the technology. “There are still companies that are on quarterly release cycles, and part of the idea of cloud native and the use of continuous integration and continuous delivery is trying to move that down to weekly or daily,” said Kohn.

Other benefits from the report included improved scalability and cloud portability.

Despite the benefits, Kohn said there are some “sharp corners” when it comes to cloud native and that is because for any given organization to containerize their apps, it is going to take work and effort to learn about all the options. “But the investment organizations are making into it have an extremely short payoff time,” he said.

Additional challenges include culture changes, complexity, lack of training, security, and monitoring, according to the report.

Kohn recommends organizations looking to get started with cloud-native take a look at its trail map for guidance through the landscape. The trail map suggest users start with 1. containerization and from there go into 2. CI/CD, 3. orchestration and application definition, 4. observability and analysis, 5. service mesh and discovery, 6. networking, 7. distributed database, 8. Messaging, 9.  container runtime and 10. software distribution. Along the way, the map will suggest cloud-native projects and tools to help organizations successfully get through each step.

“Cloud native allows IT and software to move faster. Adopting cloud-native technologies and practices enables companies to create software in-house, allows business people to closely partner with IT people, keep up with competitors and deliver better services to their customers,” the CNCF wrote on its website.

As for the cloud, the report found a mix of on-premises, private cloud and public cloud solutions. When it comes to deploying containers on the cloud, 63 percent are deploying to AWS,35 percent to Google Cloud Platform, and 29 percent to Microsoft Azure. While AWS and Google Cloud Platform deployments were down from the last report, the report found Microsoft Azure deployments were up from 16 percent. Respondents cited using containers for development, test and production. Kubernetes  remains the number one choice for container management, with 83 percent saying they use it, followed by Amazon ECS, Docker Swarm and Shell Scripts. The top projects over the last couple months for cloud-native computing included Containerd, CoreDNS, Envoy, Fluentd and gRPC.

Other findings of the report included: interest in serverless technology is up 22 percent since December 2017, and 40 percent of enterprise respondents are running Kubernetes in production.