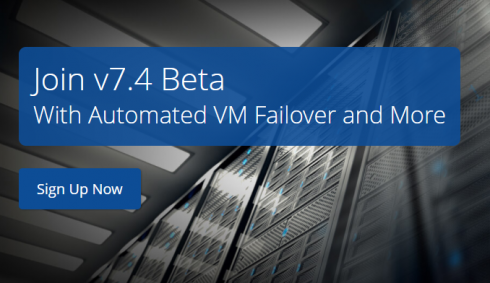 Virtualization and cloud backup company NAKIVO has announced version 7.4 of NAKIVO Backup and Replication with a long list of features and improvements. According to the company, the biggest feature of the release is the automated VM disaster recovery for VMware, Hyper-V and Amazon Web Services.

“The new version [of Backup and Replication] provides VM Failover jobs, which include network mapping and re-IP rules,” the company wrote in the announcement. “With this new feature, VM failover can be performed in a single click. VM Failover jobs can help NAKIVO Cloud Service Providers deliver Disaster-Recovery-as-a-Service more efficiently and cost effectively.”

“We are constantly pushing on three main areas that make people happy. First — simplicity or ease-of-use,” Simonov said. “In other words, we’re always trying to make our software as easy to use as possible, and people value this. Another is performance — trying to make it as fast as possible and consume as little storage as possible. And third — affordability.”

Simonov hopes this first of NAKIVO’s 2018 quarterly updates, now available in beta, will make it clear to customers that they’re standing up to those tenets.

“We are excited to introduce great new features in v7.4, which were driven by the customer feedback,” said Bruce Talley, CEO of NAKIVO, Inc. “The new version of NAKIVO Backup & Replication further automates VM data protection in VMware, Hyper-V and AWS environments.”