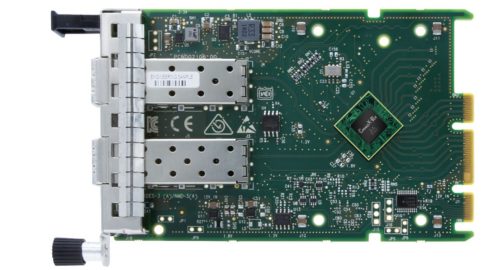 SmartNIC was designed to handle the needs of modern data centers by providing 25/50 Gb/s Ethernet smart network connections. It extends accelerated computing by leveraging software-defined, hardware-accelerated engines to offload more security and network processing from CPUs, according to NVIDIA.

It contains two ports of 25Gb/s, or a single port of 50Gb/s, ethernet connectivity with PCIe Gen 3.0/4.0 x8 host connectivity.

“The server industry is rapidly transitioning from 10GbE to 25GbE network speeds with very fast growth expected. With increasing requirements being placed on the network, more offloads need to be performed on SmartNICs,” said Scott Raynovich, the founder and chief technologist of Futuriom, a technology research firm. “NVIDIA’s Mellanox ConnectX-6 Lx enables SmartNIC offloads, including advanced switching and security, in a cost-efficient 25/50GbE solution.”

ConnectX-6 Lx is sampling now, and general availability is expected in Q3 2020. It is compatible with the Mellanox SmartNIC software stack.