“Aqua’s comprehensive serverless security solution now includes a full chain of controls to discover functions across multiple cloud accounts, scan them for vulnerabilities, detect excessive permissions and configuration issues, and provide function assurance – preventing the execution of untrusted or high-risk functions based on defined policies,” the company wrote in its announcement.

New features in Aqua’s platform include:

“The new technologies supporting cloud native applications require a holistic approach to security and compliance, across the application lifecycle as well as up and down the stack, and this has become more evident in recent months with significant vulnerabilities discovered in Kubernetes and runc for example,” notes Amir Jerbi, CTO and co-founder at Aqua Security. “With this new release from Aqua, our customers can protect their applications against those, as well as yet undiscovered vulnerabilities by implementing tight compliance and whitelisting-based zero-trust security.” 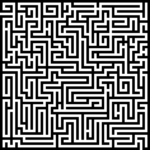 Report: IT security is becoming too complex to manage