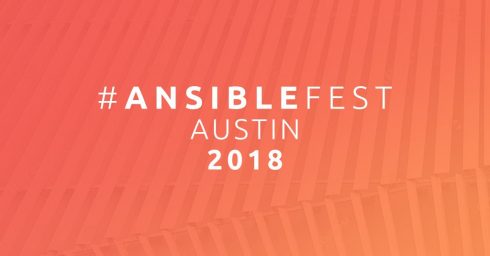 According to the company, the new security enhancements will improve automation of enterprise firewalls, intrusion detection systems and security information and event management, all of which will help systems stand up to cyberattacks and conglomerate disparate functions into one utility.

“Since Red Hat acquired Ansible in 2015, we have been working to make the automated enterprise a reality by driving Ansible into new domains and expanding automation use cases, Joe Fitzgerald, vice president and general manager of management at Red Hat said in the announcement of the new integrations. “With the new Ansible security automation capabilities, we’re making it easier to manage one of enterprise IT’s most complex tasks: systems security. These new modules can help users take an automation-centric approach to IT security, integrating solutions that otherwise would not work together and helping to manage and orchestrate entire security operations with a single, familiar tool.”

In addition to support for Check Point Next Generation Firewall, Splunk Enterprise Security and Snort, the company lists the following capabilities of the upcoming release:

“Ansible Modules and Plugins that are developed through Red Hat and partners can be submitted to the program, where they are scanned against known vulnerabilities, checked for compatibility and validated to work in production,” the company wrote in the announcement. “This provides assurances to end users that a certified module will perform as expected in mission-critical environments.”

The initiative will make it easier for users of Red Hat Ansible Automation and Red Hat Ansible Tower to access first and third-party modules that have been tested for “security, reliability and consistency of content,” the company says

“Together, these ecosystem partners are expected to offer more than 275 Ansible Certified modules in addition to what Red Hat currently supports, helping expand the breadth of enterprise automation,” the company wrote in the program’s announcement.