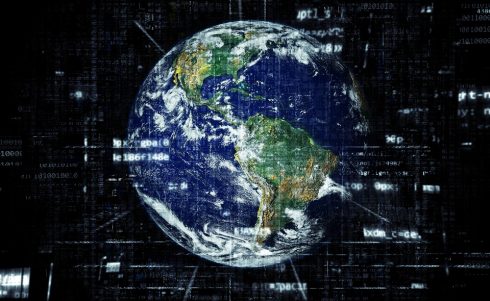 The proliferation of social media, mobile devices, and cloud computing is pushing the traditional data center to its limits. Software-defined networking is “the network industry’s response to a problem that spans a couple of decades,” explained Jason Baudreau, project strategist at NetBrain. That problem is troubleshooting issues when they arise.

It is essentially an effort to catch up with the virtualization that has been happening in the industry over the years. According to Baudreau, SDN has the potential to revolutionize those data centers and provide a more flexible way of provisioning and controlling networks.

SDN allows for networked applications and services to be delivered at the speed that both businesses and consumers are demanding, Baudrau said.

Baudreau believes that the industry is moving to SDN, whether operations teams are ready to embrace that or not.

According to Baudreau, the biggest downside comes when the need to troubleshoot the network arises. “These software-defined networks, they bring a high degree of abstraction to the network since devices are configured and managed by that central controller,” said Baudrau.

Physical devices that network operators used to be able to touch and feel are now virtualized, making it difficult to answer basic questions, such as ‘what’s in my network?’ Inventory and documentation are made challenging in these virtualized environments.

Application issues are the most common reason for help desk calls, so SDN is making the process of troubleshooting end-user problems more complex as well. “We’re hearing a lot from customers that being able to map the application task across a network becomes very complex,” said Baudreau. “Again, since SDN is a lot of abstraction, it makes this very challenging. And so tasks that were already difficult and time-consuming, like mapping, become even more challenging in software-defined infrastructures.”

Baudreau says that the solution to this problem is abstraction and visibility. Whether the network complexity you are trying to solve with SDN is a result of network scale or has been brought on by new technologies, visibility is key.

Visibility used to be considered something that was nice to have, but “the industry is hitting a tipping point where automated network documentation is now becoming a must-have, just for teams to grapple with the complexity of this SDN infrastructure that they’re trying to deal with,” said Baudreau.

Baudreau said he also sees that there is a need for better collaboration across these teams as they ramp up on new technology. The solutions that allow people to share knowledge are very few and far between currently, he said.

As infrastructure gets handed off to other teams to manage the day-to-day aspects, there is a challenge associated with that handoff. The knowledge that the architect who designed it had isn’t always translated to the network operations team that now has to manage it, he explained.

“I think there’s a need for tools that can provide a way for these people to codify their knowledge, if you will, and to make that knowledge executable, and I think that’s where automation comes in,” said Baudreau.

Finally, there is a need for tools that integrate to solve complex problems. For example, a monitoring tool that looks for events that can integrate with a diagnostics tool can provide real-time analytics in the event that there is a problem.