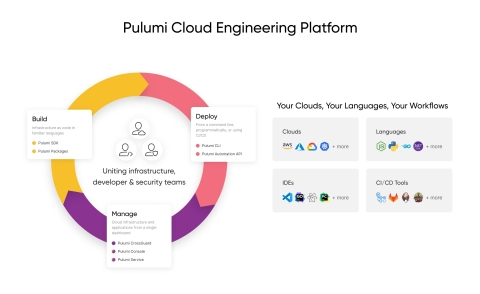 Infrastructure as Code company Pulumi has announced a major update to its platform, designed to connect developer, infrastructure and security teams. The 3.0 release includes a new automation API, native providers, multi-language components, and lays the foundation for its cloud engineering platform.

“When we founded Pulumi, we began by enabling developers and infrastructure teams to collaborate more closely to build software together,” said Joe Duffy, co-founder and CEO of Pulumi. “What we didn’t know was that this would form the basis of a new category, ‘Cloud Engineering,’ and that the industry as a whole would embrace it so fast. We are now centering our entire platform around this core idea, which is helping teams harness the modern cloud and disrupt entire business models. Today’s announcement is an exciting milestone towards realizing this vision of the future — democratizing access to the cloud and helping teams build better software together — and we’re still only just getting started.”

According to the company, its cloud engineering platform enables teams to build, deploy and manage modern apps using any language, cloud architecture and cloud.