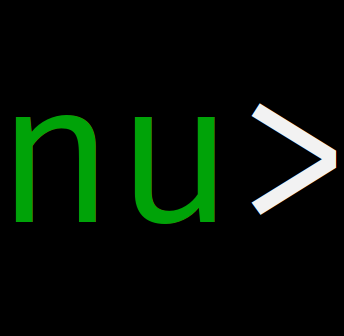 Nushell is an open-source project that aims to bring a rich programming language and a full-featured shell into one package.

Its primary aims are to be a cross-platform shell with a modern feel that also gives clear error messages and clean IDE support. It differs from many dynamic languages because it converts the source that one gives it into something to run. It also doesn’t have an ‘eval’ feature which allows users to continue pulling in new sources during runtime.

The main Nushell repository is broken into multiple crates that can be used as independent libraries.

An effort behind the project Nana is an experimental effort to explore the graphical user interface for Nushell. Also, Awesome Nu contains a list for tools that work with the Nushell ecosystem including plugins, scripts, editor extension, 3rd party integrations, and more.

There are lots of ways to get Nu up and running. You can download pre-built binaries from the project’s release page. Those interested in contributing to the project can also use their favorite package manager, or build from a source.