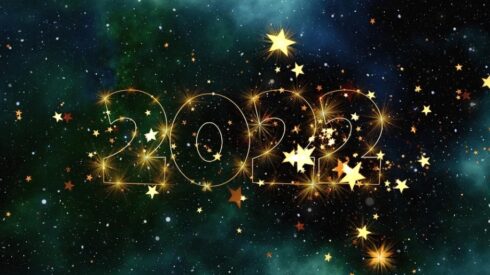 Here are just a few predictions that experts across the industry have for 2022:

“Despite the market boost that the pandemic provided to the robotics industry, 2021 showed us that isolated projects based on proprietary technology carry bigger market risks than open ones. In order to survive and thrive, the robotics industry must stop thinking that secrecy is necessary for innovation, and will need to embrace open source.

This is especially true for the service robots market, where working in non-sterile environments only increases complexity. The decline of Softbank Robotics is a clear illustration of the limitations of closed-off projects in this field. After 7 years of being on the market, Pepper robot left us with several lessons.

The main one is the importance of community and open source contributions. The deployment of closed devices, from in-house voice recognition to troublesome development tools and poor ecosystem of apps, were not capable of keeping up with customer expectations or technology advancements. In the end, the project was deemed too expensive to keep innovating and addressing customers’ needs. This could have been avoided with community contributions supporting the technology’s advancement.

Robotics companies that want to succeed in the service sector will need to natively support open source tools. For more than a decade, Ubuntu has been driving innovation in the robotics community by providing the best operating system (OS) for groundbreaking research. On top of it, several open-source projects have found a home, such as the Robot Operating System (ROS). Ultimately, projects like these will be the difference between companies producing legacy technology or future-proofed devices, with a rich ecosystem of applications and tooling for companies to leverage. This is why Canonical is committed to providing the robotics industry with the infrastructure needed to consume secure open-source resources, and to develop, and maintain solutions in the field while leveraging the community’s contribution.”

“The IoT market is in a defining stage. People have adopted more and more IoT devices and connected them to the Internet. However, they’ve also downloaded apps onto their phones to control these devices, without even reading the terms and conditions. They’ve also been providing passwords and more sensitive data without understanding where they will be stored and how they will be protected. And even more importantly, they’re using devices without checking if they are getting security updates.

The Morris worm was the first computer worm that gained significant mainstream media attention after it infested millions of computers and paralyzed the Internet for several days. It was because of this scandal that the US took cybersecurity risks seriously. And now, just like in 1988, people are not thinking enough about security risks, so it is up to the IoT companies themselves to take control of the situation. In 2022, we predict that more and more governments will start demanding that IoT manufacturers declare how long IoT devices will keep receiving security maintenance to their customers up-front. The UK is one of the first countries that started working on such regulations, conscious of the interconnected risk that IoT devices bring.

The global IoT market is expected to reach a value of $1386 billion USD by 2026 (up from $761 billion USD in 2020). Either the industry and governments start taking security risks seriously, or another Morris worm will force the industry to change.”

“With widespread outages of cloud-based services, we’re already starting to see indications of a ‘breaking point’ of increasingly independent and fragile systems. However, rather than it being a catastrophe, the industry is already beginning to understand the limitations of the interdependencies and is starting to accommodate and mitigate the fragility. Providers who identify issues rapidly and take prompt action are getting the appropriate kudos, and AIOps technologies will definitely help in that regard, especially with its ability to continue to perform in the face of the dreaded ‘unknown unknowns.”

“Cloud access brokers have been around for a while but there will be a big rise in this area as SaaS platforms are more prevalent in large enterprises but present significant security challenges. This technology provides a level of connection between systems and the cloud and creates necessary access controls to protect critical data.”

“You cannot turn on or read the news these days and not stumble upon some story about another cybersecurity incident. Everyone is worried about how to keep bad actors out and how to recover if they find their way in. These are important steps to take. However, the real question organizations should be asking is, ‘how do I prevent the vulnerabilities from ever being introduced?’ In a cloud-first world, the model has shifted to consumption which means everything is code. This requires organizations to re-think about security from the inside-out, adopt a zero-trust model, and shift-left as fast as possible. A bad action in the software development process has far more potential to do damage than anybody attempting to get in from the outside.”

“Enterprises have missed the ‘app store moment’ largely because each organization has been running their own infrastructure for the past decades. While the adoption of Containers is providing the next level of abstraction to encapsulate applications and brings us closer to the app store ideal, it’s really Kubernetes that adds the security and management that will finally turn enterprise software into an asset. Companies want to use the same core platform everywhere so they can focus on the same skill set, the same tools, the same way of thinking, but not the same data centers. In 2022, we’ll see GitOps increasingly deemed essential for product management-oriented DevOps teams to deliver standardization for enterprises’ core platforms so that people, their most important asset, can truly focus on delivering applications.”

“5G wireless technology is expanding, and driving seemingly unlimited demand for NAND storage. With 5G connecting edge devices to cloud platforms, there is a need for increased capacity and performance in both local and cloud storage resources. 5G automotive technology requires high-speed transmission, as does cloud-based gaming, cloud services such as mobile video streaming. This demand, plus a robust smartphone market, built up a worldwide appetite for NAND, causing prices to rise. But what goes up must come down, with some analysts predicting that prices should begin to fall and level out in 2022. Micron, on the other hand, expects that NAND shortages will persist into next year. Will consumer demand for smarter technology in mobile devices, cars, and appliances – plus enterprise demand for filling data centers – continue to rise in 2022?”

Chaos-as-a-service brings Chaos Engineering to masses: “In the early 2010s, Netflix pioneered the practice of Chaos Engineering, a process for testing a highly distributed computing platform’s ability to withstand random disruptions and ultimately improve its reliability and resilience. Since then, Chaos Engineering has been adopted by other major web companies, but it hasn’t caught on with organizations running sub-hyperscale deployments, who lack the resources to leverage it. However, in 2022, a new concept will begin to gain steam that will help bring chaos engineering to orgs of all sizes: Chaos-as-a-Service. CaaS will eventually enable orgs that aren’t running at the scale of Netflix of Facebook to leverage Chaos Engineering and boost their infrastructure’s resiliency.”

“58 percent of businesses are running less than half their applications in Kubernetes. With much room to expand, Kubernetes adoption will increase in 2022, leading to multi-cluster environments as organizations try to manage heavier traffic loads. This multi-cluster world will result in improved availability of service and enhanced resilience. There will be growing pains with multi-clusters, but businesses that implement them with standards and processes will reap the rewards.”

Distributed computing will be the new path for High Performance Computing

“In 2022, compute power will continue to delay development cycles but the race by companies that can minimize its effects will change. As enterprises start virtualizing their infrastructure, they will take pause at investing heavily in dedicated multicore build/render machines powered by next-gen processors. Alternatively, they will consider virtualized processing power, like distributed computing and cloud bursting, to offer the huge scalability enterprises needed at build time, while still maintaining a more reasonable price-performance ratio.”

View all posts by ITOps Times