IoT is driving organizations to the edge 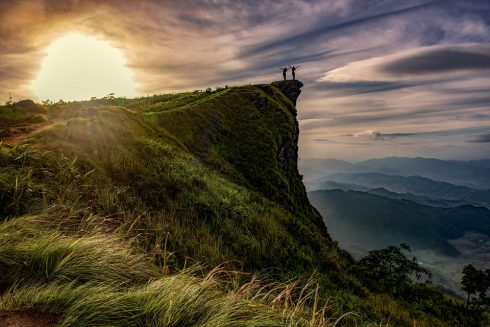 The surge in the number of connected devices has created an immersive and collaborative interface between people and things, which is driving the need for new models of compute and infrastructure. Traditional centralized, mega-scale cloud data centers, augmented by distributed content delivery networks (CDNs), do not adequately meet the performance needs demanded by this explosion of new, IoT-driven applications.

Edge models of compute and infrastructure are emerging to accommodate the requirements of IoT applications. The edge model is distinct from traditional models in three respects: reduced network latency, tiered compute and a shift in data flows. Real-time interactive applications and autonomous systems have to respond much faster than traditional web apps. The need for rapid processing requires a tiered compute model where the functions that drive the real-time elements of the application perform close to or on the device, while the less time-sensitive functions, such as back-end big data applications, perform in central, cloud facilities. Third, and often less acknowledged, is a fundamental shift in data flows in an IoT-driven world.

Today’s compute and network architectures are built to support a model of content flowing primarily from centralized facilities to end users. A good example of this is streaming services. End users send very little data (e.g., a request for a video) and in return receive massive amounts of data. Cloud and CDNs were built to support this model. IoT is reversing this data flow. IoT-driven applications can comprise millions of devices sending data into the network with relatively less data flowing out to the devices. This massive change in the balance of data flows is driving changes in network, compute and even billing models. Edge networking is the emerging model to accommodate these new needs. According to IDC, by 2020, the IT spend on edge infrastructure will reach up to 18 percent of the total spend on IoT infrastructure.

Here are three use cases where the edge model accommodates the performance, responsiveness and data flow required in an IoT world.

Immersive shopping – The immersive shopping experience was one of the major trends highlighted at last year’s Consumer Electronics Show. Using the latest technology to track location and customer preferences, retailers can better understand who their customers are and what they are looking at in the store. These applications can help customers find what they are looking for, view 3D product demonstrations and answer questions. The edge model is best suited to meet the latency and data flow requirements. It provides the means to respond in real time while reducing the amount of content needed for analysis and data mining in a centralized cloud data center.

Industrial application – Industrial applications that use IoT devices to collect vast amounts of data to track performance, such as logistics, oil rigs and pipelines, will benefit from processing that data at the edge. A certain amount of computing capacity is needed to operate these systems autonomously without connecting to the internet, but normal operation does require connectivity to be well-managed, maintained and efficiently deployed. Control systems operate in real time, but big data and AI applications comprise a major element of the business value of many IoT deployments.

The aggregation of data from edge devices moves computing closer to IoT endpoints, which improves latency and reliability, and can better manage the high influx and output of data. As the edge model of computing technology evolves, we will see creative uses and applications of IoT that will modernize our personal lives as well as the processes that power our economy. 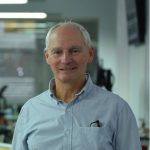 Jonathan Lewis is vice president of strategy at NS1.

View all posts by Jonathan Lewis