How IT Operations teams can prove their worth 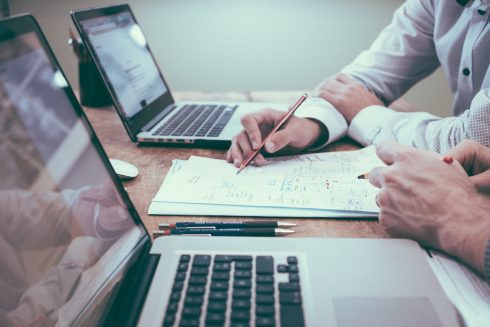 To the business, IT operations teams are often considered a money sink, a necessary evil due to humans’ inability to write perfect code. I should know, as before joining AppDynamics I managed a number of operations teams, most recently for an ecommerce site in the UK. Call me biased, but I believe that CFOs and CTOs should love their ITOps teams. Here’s why.

The truth is, ITOps teams actually save (and therefore make) the business money by:

To prove its worth, ITOps must document these money-saving (and making) processes and report them to management. Of course, getting the higher-ups to read these findings may prove challenging, but the effort will pay off. By documenting their work, ITOps will not only provide solid evidence of their value, but also work with a greater awareness of the importance of their role within the organization.

Operations, by its very nature, is fast-paced, ticket-driven work that must be done now. Without the right tools, it’s nearly impossible to predict the workload to come — either today, tomorrow or in the weeks ahead.

Say you’re the operations team leader. To proactively identify and document problems, you need to determine and baseline the performance characteristics of your applications. By establishing these baselines, you’ll have a much easier time of detecting and correcting performance anomalies. Furthermore, by documenting the major incidents your team has prevented — as well as the cost savings to the business — you’ll provide incontrovertible evidence of ITOps’ worth.

At one company where I managed the operations team, proactive baseline monitoring enabled us to regularly detect potential incidents that could have taken the site down and resulted in lost revenue. Ultimately, we added to the company’s bottom line. This is important.

Without the right technology, we wouldn’t have seen problems occurring, but rather would have had to wait for the errors to come flooding in, along with the inevitable monetary loss.

Tool and personnel cost-justification is at the heart of CFO decision-making. Do you want that fancy new tool, or to expand your team? Get ready to talk money. And ready you should be. If you only report on “Number of Incidents” or “Numbers of Tickets,” then there’s an impenetrable wall between what the business and your team sees ITOps achieving, and what the actual monetary value is. Compare:

I had to justify tool cost on a week-by-week basis. I did so by documenting both the number of incidents we avoided, as well as the things we were able to fix faster. Monitoring alerts, dashboards and war rooms helped us slash MTTR (and save money).

It’s important to document how each business-as-usual (BAU) task improves the company’s profit outlook. ITOps must find, document, and report these improvements. And operations team members shouldn’t be graded solely on the number of tickets they’ve closed, but also on the monetary value their work has brought to the business.

Non-technical custom dashboards with automated reporting on KPIs — also known as “executive-friendly” screens — can look great, but they deliver economic benefit as well. In a previous job, I set up dashboards on screens around the business, enabling concerned stakeholders to see if anything was wrong with their sites. If sales were low, rather than asking ITOps, “Is anything wrong?”, they could look up on the screen, see the problem (or lack of) immediately, and go about resolving the issue on their own, if possible.

This is important because everywhere I’ve worked, queues always form at the operation team’s desks, with people asking a lot of questions. With APM, we were able to get rid of that queue completely, as the performance data was up on the dashboards. ITOps was no longer the gatekeepers of the information.

This approach empowered ITOps to instead become the “guardian” of the applications, if you will. Rather than constantly interrupt our developers with wild goose chases to find and fix software problems based on “hunches,” we used performance-monitoring metrics to rapidly identify problems before anyone was aware of them, and data-based evidence to reassure everyone when the hunches weren’t required.

Another benefit: this gave our developers more time to work on their projects. Since we did continuous releases, if our best developers were preoccupied with resolving a major incident, they were far less likely to deliver their projects on time.

Our efforts enabled the business to avoid opportunity cost — the profit it would have given up in order to achieve something else. In our case, this cost would have been lost revenue from a unfinished service or feature, because our developers would have been spending too much time dealing with major incidents.

When documenting and reporting your ITOps wins, it’s important to show:

With the right tools, IT operations teams can have key data at their fingertips. They’re the closest guys to the tech problems, and can drive real improvements across the entire business. 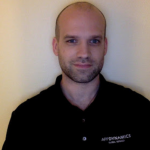 Neil Riddaway, a UK-based APM consultant at AppDynamics, has over five years of direct APM experience. Prior to joining AppDynamics, Neil worked extensively with alerting and monitoring systems at TalkTalk Technologies and CSC before becoming the Site Reliability Manager for The Hut Group.

View all posts by Neil Riddaway