Defining the role of a Site Reliability Engineer 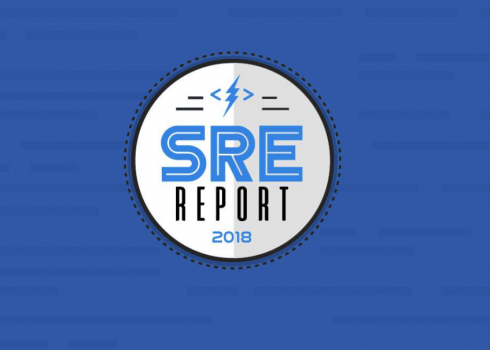 The Site Reliability Engineer (SRE) is an emerging role in IT operations with more than 1,000 SRE job listings on LinkedIn. But while the role continues to gain traction, there is confusion about what it demands. Catchpoint, a digital experience monitoring company, released new survey findings to help understand how SREs play a part in IT operations and what skills are required.

The 2018 SRE report is based off of 416 responses from professionals with the title or responsibility of an SRE.

“The SRE role is still evolving. We found that some SREs are very happy with their position, but others are struggling to explain their role within the organization,” said Dawn Parzych, director of product and solutions marketing at Catchpoint. “We also found that SREs are present in companies of all sizes and hail from a variety of backgrounds, and the ideal SRE doesn’t need to be a generalist.”

Google first established the role in 2003  as a way to bring stability to its fast moving production needs. Since then, more companies have been implementing SREs into their teams, and it has grown to a role composed of software development and IT operation skills with the responsibility to protect and progress both areas, according to Catchpoint.

“Site reliability engineering was inevitable in an era of complex infrastructures where always-available and speed is paramount,” said Mehdi Daoudi, CEO and co-founder of Catchpoint.

According to Google, the SRE is the single point of responsibility and arbiter between and the Dev and Ops teams that ensures reliable and low latency applications in a continuous delivery environment.

According to Catchpoint’s survey, automation is the most important technical skill for an SRE. Ninety two percent of respondents found automation the top technical skill required with 18 percent stating their teams have automated every aspect of their operations.

“A defining characteristic of SREs is the strong desire to never see the same class of problem twice because it’s been automated away,” said Google’s Fong-Jones. “SREs participate in on-call to learn about the problems that still need to be engineered away, rather than simply restoring the system to the same equilibrium. When the pagers don’t ring for months on end, that’s a sign that the SREs have done their job making the system highly mature and reliable and it’s time to move on to another system in the organization.”

However, beyond automation, the role requires a mix of technical and non-technical skills. According to the survey, SREs need to be able to problem solve, work under pressure, be a part of a team, and have strong written or verbal skills..

The top technical skills for the role include automation, logging, monitoring, and observability, infrastructure configuration, scripting languages, and application and network protocols.

SREs have also embraced the cloud and continuous deployment. According to the survey, 65 percent of SREs have fully or partially in the cloud and are deploying code at least once a day. Forty-seven percent of respondents deploy code multiple times per day, and 27 percent stated they deploy weekly.

The survey also found that SREs consist of experienced professionals, and is not meant to be an entry level position. Eighty percent of SREs have been working for six or more years, have a college degree, and an IT operations background. Before becoming a SRE, most of respondents were either a SysAdmin, developer, or DevOps Engineer.

The main departments SREs report to are engineering and operations. Although the survey found most SREs report to software engineering as opposed to IT operations. Catchpoint explained this finding was surprising since a majority of SREs come from an IT operations background. In addition, 25 percent of SREs reported having more than 100 SREs in their organization. For example, Fong-Jones explainedGoogle has over 2,500 SREs. Google wants their SREs to create reliable infrastructure and platforms that enable the products of both Google and outside GCP customers to be stable.

“SREs work alongside product development software engineers, either embedded with individual product development teams, or in separate but closely related teams focused upon improving reliability and maintainability,” said Fong-Jones. “Organization seeking to measure and improve the reliability of its software operations would benefit from building an SRE culture and hiring SREs.”

As far as concerns, the survey found cultural shifts to be an obstacle. “Moving from traditional ops to SRE can be a challenging cultural change – both for the engineers changing role, but for the wider teams and departments they sit in,” an SRE commented in the survey. “We are still working through that transition and have found measurable attributes the best for evidencing why SRE is a more efficient and effective methodology than traditional IT ops.”

Other findings of the report included availability as the most important service indicator, alerting and notification solutions as top must-have tools and SREs write both code and support existing systems.