DeepMind and Google are using AI to cool data centers 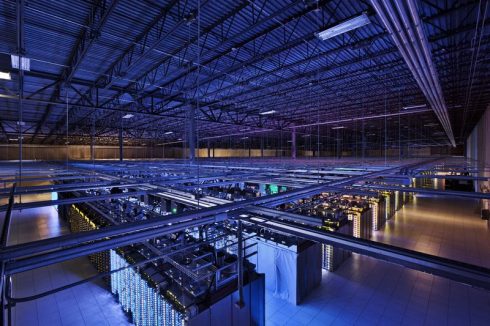 “Now we’re taking this system to the next level: instead of human-implemented recommendations, our AI system is directly controlling data centre cooling, while remaining under the expert supervision of our data centre operators. This first-of-its-kind cloud-based control system is now safely delivering energy savings in multiple Google data centres,” the team wrote in a post.

The way the system works is every five minutes, it will take a snapshot of the data center cooling system from thousands of sensors and feed it into deep neural networks. Then, it will be able to predict how different combinations of actions would affect future energy consumption and act accordingly based on its deep neural networks. The system has eight different safety mechanisms in place to ensure that it is behaving properly at all times.

“The idea evolved out of feedback from our data centre operators who had been using our AI recommendation system. They told us that although the system had taught them some new best practices—such as spreading the cooling load across more, rather than less, equipment—implementing the recommendations required too much operator effort and supervision. Naturally, they wanted to know whether we could achieve similar energy savings without manual implementation,” the team wrote.

In addition, the team also created other safety mechanisms such as: continuous monitoring, automatic failover, two-layer verification, and uncertainty estimation.

“We’re excited that our direct AI control system is operating safely and dependably, while consistently delivering energy savings. However, data centres are just the beginning. In the long term, we think there’s potential to apply this technology in other industrial settings, and help tackle climate change on an even grander scale,” the team wrote.