Report: Kubernetes is “crossing the chasm” into mainstream adoption 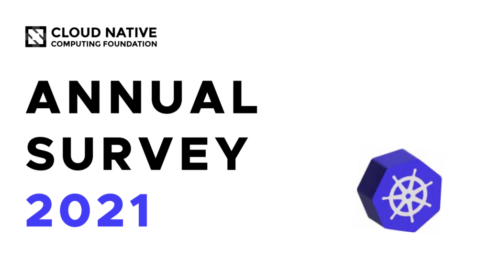 The Cloud Native Computing Foundation (CNCF) has deemed 2021 as the year Kubernetes “crossed the chasm” into mainstream adoption. This is based on insights from its 2021 Annual Survey, such as the finding that 96% of organizations are using or evaluating Kubernetes.

Kubernetes has seen particularly high growth over the past year, and now has 5.6 million users. This is a 67% increase from last year’s survey.

The CNCF also found a correlation between company size and Kubernetes adoption. Those at companies with over 5,000 full time employees were more likely to use Kubernetes than those at smaller companies.

Of those using Kubernetes in production, by region, Africa is the leader, with 73% of organizations using it in production. Following Africa in adoption is Europe at 69% and North America at 55%.

Another trend noticed this year is that Kubernetes is going “under the hood” and becoming less visible as the technology continues to evolve. Users are leveraging managed services, and thus don’t need to know as much about the underlying technology as they once did.

““The discrepancies we’ve been seeing between those reporting container use (93%) versus Kubernetes use (96%) has been growing steadily over the past year – there appears to be a growing void in understanding that these technologies are essentially a package deal,” said Chris Aniszczyk, CTO of the CNCF. “What’s fascinating about this is how quickly Kubernetes has grown from a niche technology to something so utterly ubiquitous that folks don’t even know they are using technologies built on it, as the value for end users has moved up the stack. It’s similar to the ubiquity of Linux, which now resides inside so many other platforms and devices: TVs, phones, fridges, and even on the Mars rovers. People tend not to realize all the open source technology that’s underneath.”