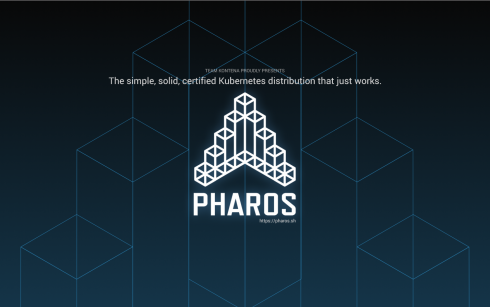 The previously named pharos-cluster utility has been changed to the pharos CLI tool, and with the change comes better stability and performance during the installation or upgrade of a Pharos Kontena distribution, the company explained. The pharos CLI tool also includes a new feature called chpharos designed to make it easier for administrators to manage environments running multiple different versions of Kontena Pharos Kubernetes clusters, which the company said is common in real-world infrastructures.

“With chpharos, it is easy to install and use multiple versions of the pharos CLI tool,” Jari Kolehmainen, CTO for the company, wrote in the announcement. “In addition, it will automatically install the required version of kubectl to match the version of Kubernetes running in your cluster. Use chpharos to have an always up-to-date toolchain for deploying, managing and maintaining your Kontena Pharos clusters. See Kontena Pharos CLI Toolchain installation instructions for more details.”

The platform’s container runtime CRI-O is now at version 1.11.2 and received a security improvement that sees the runtime listening only on the localhost instead of through the public interface via a previously implemented redirect.

Finally, the update’s inclusion of CoreDNS replaces the previously used DNS server solution and Kubernetes cluster add-on kube-dns, which the company says raised “concerns around the reliability, flexibility and security of the implementation.” The company says that CoreDNS has “fewer moving parts” and is more flexible.