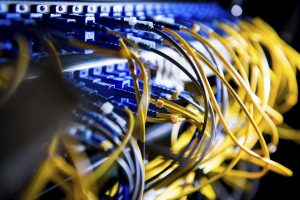 IBM is widening the potential of Kubernetes for its developers by allowing them to create and run complex workloads with managed Kubernetes on bare metal cloud infrastructure. According to the company, this will also help provide agility and flexibility to data, apps and workloads with high computing performance.

“This gives developers greater control over where their workloads reside and enables them to isolate workloads to specific servers. It equips teams with all of the benefits of a fully managed container service combined with the performance and security of bare metal,” Jason McGee, VP and IBM fellow for IBM cloud, wrote in a post.

Kubernetes recently became the first Cloud Native Computing Foundation (CNCF) project to graduate from incubation. Since its debut in 2014, IBM says the technology has seen double-digit growth in production use.

IBM is also working towards increasing access to GPUs for apps built with Kubernetes. “GPU support is a make-or-break component of many cloud-enabled technologies, such as machine learning, which are very data and compute-intensive and need a higher-than-usual level of performance to be competitive,” McGee wrote.

According to the company, this marks the next evolution in its investment in containers. As an early contributor to Kubernetes, the company has been working to ensure containers are secure, stable and widely adopted as part of cloud strategies. “Evolving our own container service to the meet the demands of high-powered workloads is another step in advancing the opportunity of containers, as well as designing our cloud for data. Bringing Kubernetes to bare metal will help organizations extract more value out of their data, apps and workloads, and better fuel innovation in areas such as machine learning, which will define the next generation of technology,” McGee wrote.