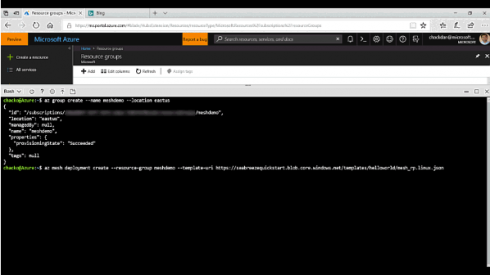 Microsoft has announced that it is making the preview of the Azure Service Fabric Mesh available to everyone, after having been in private preview for the last few months.

Azure Service Fabric is a scalable distributed systems platform for building and managing scalable microservices and container-based application on Windows and Linux. With the service, developers can deploy and operate containerized apps without the worry of managing VMs, storage or networking configuration, Microsoft explained.

The company also released Azure Service Fabric Mesh tools for Visual Studio 2017, which will help developers get started with building applications on the platform. Once the application is up and running in a container, it can be deployed with the Azure CLI using an application manifest specifying the set of services that the application is made of in addition to scale and networking requirements, the company explained.

Service Fabric Mesh takes care of the rest of application deployment, including maintaining availability in the presence of failures, service discovery, scaling, and the ability to perform upgrades with no downtime. “Essentially, developers can focus on the applications and the business logic without having to invest time on managing a distributed systems or infrastructure,” Microsoft wrote in a post.