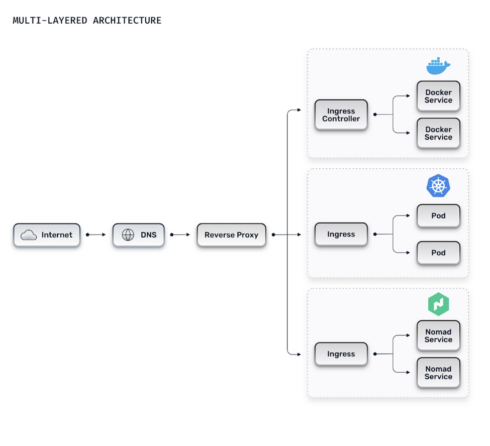 As the cloud native ecosystem continues to evolve, the need to take advantage of Kubernetes and public cloud technologies only grows. While younger organizations born in the cloud-era likely have robust microservices strategies running in the public cloud, mature organizations must deal with the complexity of legacy applications and on-premises architectures. A hybrid cloud approach is, therefore, still the reality for many companies.

For large enterprises with decades of experience managing infrastructure in on-premises data centers, a hybrid cloud offers a more progressive cloud migration process to help de-risk the change. These companies can maintain legacy workloads on-prem while building new applications directly in the cloud. Others might pursue a hybrid cloud architecture in response to data regulations or security requirements.

As it’s never a good idea to lift-and-shift or deploy an entirely redesigned IT environment into the cloud at once, a hybrid cloud approach is the ideal choice for most companies transferring or extending legacy workloads into the cloud. This makes it possible to move workloads one-by-one into the cloud, so there is no impact on end-users and business operations. It’s a first-class way to mitigate most of the risks associated with transitioning to a cloud strategy.

Regardless of the reason for choosing a hybrid cloud strategy, ensuring you have a robust networking posture capable of handling traffic across on-premises – whether traditional or private cloud – and public cloud is critical for success. In the past, many attempts at hybrid cloud have failed because the lack of a single control plane for both on-prem and public clouds resulted in complexities prone to delays and human errors. New solutions have emerged to bridge this gap and make it easier.

Multi-layer routing helps companies overcome these challenges and creates what most refer to as a unified hybrid cloud architecture. It dynamically directs traffic to the proper environments, whether on-prem, in private or public clouds, depending on the health or performance of a service, the nature of a request, or the whim of a human. With this approach, teams can automate and scale services across multiple environments

Multi-layer routing makes it possible to abstract the location of actual services away from client requests and automate their distribution. A multi-layer cloud networking architecture helps companies reduce the risk of cloud migrations since they enable progressive, controlled traffic steering between legacy services on-prem and new microservices in the cloud. If a problem occurs, deployments can be quickly rolled back to the previous state.

Many companies have found success adopting a multi-layer routing solution, including AmeriSave Mortgage Company which routes traffic between Docker containers maintained on-premises and OpenShift Kubernetes clusters running in Microsoft Azure. AmeriSave can direct traffic seamlessly at high throughput between both environments depending on current conditions. Previously, migrations from Docker Swarm to OpenShift environments were extremely difficult and time-consuming as they required coordination between multiple internal teams, which became exceptionally challenging when rollbacks were required. With a multi-layer routing solution, AmeriSave can safely and progressively migrate workloads into the cloud.

“Over the past couple of years, we have been migrating into the cloud and deploying cloud native applications. Our current two-layer setup is working miracles for us.” Maciej Miechowicz, senior vice president of enterprise architecture, AmeriSave Mortgage Corporation

Multi-layer networking does not only reduce the risk of hybrid cloud adoption but also helps in many other use cases by providing a separation of concerns for security, operation, and development teams. Developers can deploy instantly with their fully automated CI/CD pipelines, network and security teams can centralize authentication, and authorization while selecting which service version in which environment is exposed to the external world.

There are many reasons you might want to pursue a hybrid cloud architecture, and a multi-layer network is a key ingredient to de-risk such an approach 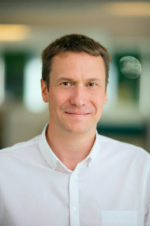 Erwan Paccard is Head of Product at Traefik Labs where he leads product management and product marketing.

View all posts by Erwan Paccard