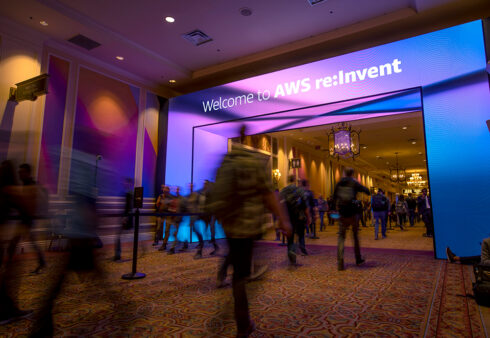 AWS’ annual re:Invent conference kicked off yesterday in Las Vegas, NE, and already the company has made a number of announcements. In addition, several other companies have announced updates at the event.

Here are a few highlights of the news so far:

Amazon EBS is a block storage service for EC2 instances. EBS Snapshots Archive is a new storage tier that allows for more long-term retention of snapshots. According to AWS, there are instances in which snapshots might need to be stored for a long period of time, such as snapshots taken at the end of a project. Archiving these snapshots will be more cost effective than storing them in the normal way, while still keeping them around in case they are needed.

The new Recycle Bin for EBS provides greater control over the deletion process for snapshots. AWS explained that in some cases it is too easy to delete snapshots, and the Recycle Bin allows admins to set rules to retain snapshots so that they can be recovered in the event that they were deleted by accident.

AWS Control Tower is a service that is used to set up and manage a multi-account AWS environment. Landing zones can be created to provide account management and governance, and these can be customized using Customizations for AWS Control Tower.

In order to support customers who use Terraform to manage AWS infrastructure, AWS is launching AWS Control Tower Account Factory for Terraform (AFT). AFT allows customers to provide and customize AWS accounts, allowing for the creation of accounts that have access to the resources they need.

AWS IoT Greengrass is an open-source tool for building, deploying, and managing software and applications at the edge. With this announcement, customers will now be able to manage AWS IoT Greengrass devices through the AWS Systems Manager.

Customers will be able to benefit from remote OS patching, application deployments, and a new on-boarding wizard.

The AWS Compute Optimizer is a tool that identifies patterns in workload to make recommendations on how to optimize AWS resources.

It now includes a new dashboard that shows savings and performance improvement opportunities at the account level. There are new columns for estimated monthly savings and savings opportunities to estimate the savings for dealing with over-provisioned resources, which will enable customers to prioritize optimization efforts. The current performance risk column predicts the bottleneck risks for underprovisioned resources as well.

The company now uses logs, metrics, and traces from AWS Lambda to provide customers with end-to-end visibility for Lambda applications. It can bring in data from other AWS services as well, such as EC2, ECS, RDS, DynamoDB, API Gateway, Elasticache, and ELB.

In addition to the observability updates for AWS Lambda, Sumo Logic also added four new Quick Start integrations. These new integrations automate the collection and analysis of security events, enabling customers to have a repeatable intelligence framework for responding to security threats.

Sumo Logic also has new dashboards for visualizing logs and metrics, featuring a new UI that has honeycomb visualization, according to the company.

According to the CircleCI, this new designation means that it has exhibited successful integration with AWS Graviton2.

CircleCI customers can deploy jobs on their infrastructure with self-hosted AWS Graviton2 runners.  Customers will be able to build and test Arm applications without needing to run or manage their own machines, CircleCI explained.

This status indicates that CAST has shown proficiency and success accelerating application migration and modernization for customers.

“CAST is proud to be one of the first AWS Partners to achieve the new AWS Migration and Modernization Competency status,” said Marc Zablit, executive vice president of business development at CAST. “Enterprises are increasingly looking to take advantage of the agility, breadth of services and pace of innovation that AWS provides for their complex custom-built applications, which have been mostly designed over the years on different environments and need to be modernized. CAST technology helps enterprises to assess, prioritize, and modernize for cloud their applications easier, safer, and faster.”

Amazon S3 Object Lock provides a write-once-read-many (WORM) data model for data stored in S3. This prevents objects from being deleted or overwritten during a specified retention period. Rubrik Zero Trust Data Security can be used with Amazon S3 as an immutable archive that ensures backups are kept, and allows customers to recover quickly following ransomware attacks.

“The combination of immutable backups from Rubrik and immutable object storage from Amazon S3 gives customers a strong foundation for protecting against a range of threats to the integrity of their backup data,” said Paul Meighan, senior manager of product management for Amazon S3 at AWS. “S3’s industry leading durability, availability, performance, and security make it ideal for keeping backups safe and secure. Rubrik’s integration with S3 Object Lock adds additional protection against both accidental and malicious deletes, which we think will make a big difference for customers.”