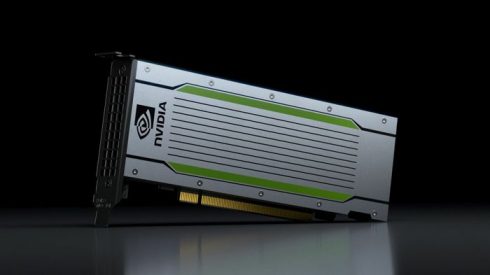 NVIDIA announced two advances to its GPU technology this week at GTC Japan, both aimed at AI-powered voice, video, image and recommendation inference acceleration. The first is NVIDIA TensorRT Hyperscale Inference Platform, an inference software solution which runs on the second component of the announcement, the NVIDIA Tesla T4 GPU, based on the NVIDIA Turing architecture.

The release will improve on the NVIDIA platform’s ability to provide “enhanced natural language interactions and direct answers to search queries rather than a list of possible results,” the company wrote in the announcement.

According to NVIDIA, the key elements of NVIDIA TensorRT Hyperscale Inference Platform include:

“Every day, massive data centers process billions of voice queries, translations, images, videos, recommendations and social media interactions,” the company wrote in the announcement. “Each of these applications requires a different type of neural network residing on the server where the processing takes place. To optimize the data center for maximum throughput and server utilization, the NVIDIA TensorRT Hyperscale Platform includes both real-time inference software and Tesla T4 GPUs, which process queries up to 40x faster than CPUs alone,” the company wrote.