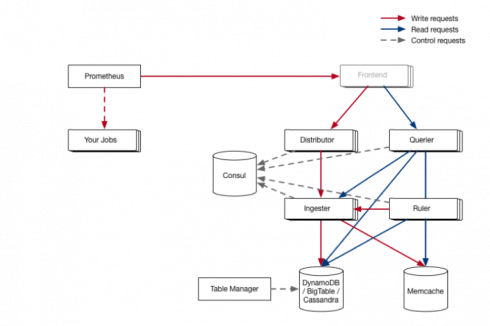 The Cloud Native Computing Foundation has accepted Cortex as a CNCF Sandbox project. Cortex is an open-source Prometheus as a Service monitoring solution.

Cortex was developed by container and microservice management provider Weaveworks for storing Prometheus metrics for Weave Cloud. According to the company, it is widely used by teams running large Prometheus environments for Kubernetes environment metrics.

“The community of enterprise users and service providers around Cortex is validation of the need for a truly scalable Prometheus time series database,” said Alexis Richardson, CEO of Weaveworks. “With entry into the CNCF Sandbox we think this can only grow and fit many more use cases.  Cortex scales using Kubernetes and we hope the project will follow a similar path – becoming the best way to store and scale container metrics everywhere.”

Prometheus has become popular in Kubernetes environments because of its ability to pull metrics, provide auto discover, use labels for arbitrary metrics and co-deploy Kubernetes pods and Prometheus exporters, the company explained.

“When the Weaveworks engineering team started adding monitoring to Weave Cloud we knew that Prometheus was the right choice. But, to build the SaaS we also wanted to store the metrics for a lot of users in a single system and store large amounts of time series data for long periods of time. That’s why we started developing Cortex,” the company wrote.