Microsoft’s new Windows Server 2019 promises to bring significant improvements to IT operations professionals and managers seeking to more easily bridge their datacenters with the public cloud.

Showcased at the recent Microsoft Ignite conference in Orlando, Florida the Windows Server 2019 became generally available earlier this month. The release of Windows Server 2019 comes as Linux continues to gain market share in server operating system environments. Linux growth has come at the expense of Windows Server in recent years, according to Stephen Belanger, senior research analyst for computing platforms at IDC.

“Established incumbent products are being pushed aside and, often, companies are replacing them with open-source software stacks, particularly for digital transformation initiatives,” Belanger said. Nevertheless, Belanger said the launch of Windows Server 2019 could pique renewed interest in Windows-based deployments and serve as an accelerator for an otherwise slowing Windows market.

“While Windows volumes may be contracting, it is far from a dying market,” he said. “Many customers are in a situation where they need to invest in their Windows infrastructure to modernize it. For example, Windows Server 2008 will reach end of support on January 14, 2020, which means the end of regular security updates. Given this need to modernize legacy Windows environments, we expect customer spending, if anything, is likely to grow for the next few years.”

Microsoft is not oblivious to the shift toward open-source stacks and has famously embraced the trend, and Linux as well, in recent years. Windows Server 2019 now lets customers run Linux containers on the same container host, which aims to provide more flexibility for application developers.

Most notably different with this approach is that Microsoft has already released many of those features over cumulative semi-annual branch releases, an option available to customers who prefer the more frequent updates. Organizations that choose the semi-annual branch updates are typically shops that are running modern, cloud-native applications and have shifted to more agile, DevOps IT processes.

Microsoft acknowledges that those opting for the semi-annual releases account for a small subset of Windows Server deployments today, consistent with traditional IT organizations that tend to wait before jumping on a new server or application upgrade. But as enterprises shift toward IT modernization as the trend toward digital transformation accelerates, Microsoft anticipates, and experts agree, that more customers will shift to the semi-annual branch release.

“All of the innovation that we have been introducing to the market in the semi-annual channel release, accrues into the Windows Server 2019,” said Erin Chapple, Microsoft corporate VP and group program manager for Windows Server, during a briefing at Ignite.

In addition to providing common server management, the Windows Admin Center lets administrators access, deploy and use Azure services from a common interface without having to shift to the Azure portal.

Windows Admin Center has two key components. The first is a gateway that manages servers using Remote PowerShell commands using WMI via Windows Remote Management (WinRM), and the other is a server that gathers HTTPS requests and shares it with the GUI. The gateway can publish to DNS, which provides secure access to firewalls, letting administrators manage servers from Google Chrome browsers.

In addition to the browser, the Windows Admin Center components can be installed onto Windows 10 clients or a dedicated gateway server as a single lightweight MSI, according to Microsoft. The Windows Admin Center Gateway plugin is REST-based, letting administrators manage additional target servers as well as integrating with server and cluster management and monitoring tools.

Among the third-party extensions announced are the DataON MUST software that provides storage monitoring in a SAN-type environment, Fujitsu’s ServerView Health and RAID Health to monitor processors, memory, power and storage subsystems within its Primergy servers and Squared Up, a tool that provides historical performance information and application dependencies within the constraints of server and cluster management.

Hybrid Cloud Management
Windows Admin Center also lets administrators implement some of the new features in Windows Server 2019, particularly the hybrid cloud extensions added such as the Azure Network Adapter, which aims to provide a better and more secure connection between Windows Server and the public cloud.

Azure Network Adapter is an alternative to Microsoft’s existing Azure ExpressRoute option for providing dedicated connections from enterprise datacenters to colocation centers and Azure, which Microsoft had introduced in 2014.

“Many of our customers use ExpressRoute but there are places where you want a secure connection from the server on the edge to Azure resources,” Chapple said. “The Azure Network Adapter, in a couple of clicks, enables you to create that by pointing to site via a VPN with more ease of access between on premises and the Azure resources.”

Other new hybrid features in Windows Server 2019 that administrators can manage from Windows Admin Center include the recently released Azure File Sync, which provides disaster recovery between the server OS and Azure, and the new Storage Migration Service (SMS). Microsoft describes SMS as a new job-based orchestration proxy that migrates file servers and data to Azure but doesn’t require administrators to re-deploy applications or reconfigure users.

SMS lets administrators take inventory of data, security and network settings, use the Server Message Block (SMB) protocol to migrate data and effectively assume the identity of the source server. As a result, Microsoft is promising that with SMS, applications don’t see the new Windows Server 2019 instance the same as the prior system.

As with the prior Windows Server version, Microsoft recommends the Server Core option for most server scenarios. Microsoft officials maintain that because the Server Core installation with Windows Server 2019 is much lighter-weight and is almost completely headless, it is suited toward physical and virtual servers deployed either on-premises or in public clouds. It has a smaller surface than Microsoft’s Server and Desktop Experience option, which consequently should make it less vulnerable to threats.

Improved Reliability with Features on Demand
In Windows Server 2016, Server Core wasn’t very reliable, an issue Microsoft readily acknowledges. Many customers were unable to install applications that required a local GUI, and those apps that were installed often subsequently failed or haven’t run properly.

In Windows Server 2019, Microsoft said it has addressed that with a compatibility option called Server Core Features on Demand (FOD), which allows for the installation of binaries and packages from the operating system without adding the GUI components. FOD is provided on a separate ISO, which administrators can install with Windows Server Core images.

“Many of our customers tell us they’d like to move their apps to Server Core but the API surface on Server Core is just too small,” Chapple said. “We created the Features on Demand pack that provides that application compatibility API to make it easier for people to migrate their application to Server Core, because we see them wanting to bring those applications in a lift-and-shift manner.” 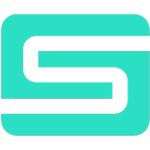