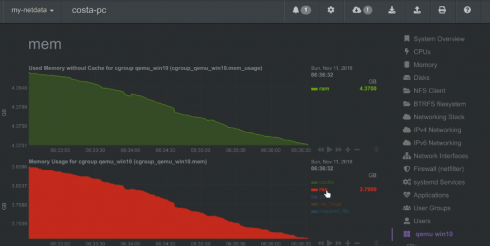 This week’s highlighted open-source project is Netdata, which provides real-time performance and health monitoring of systems and applications.

According to its documentation, it acts as a metrics collector, time-series database, metrics visualizer, and alarms notification engine. All of these different features are “packaged together in a very flexible, extremely modular, distributed application,” the documentation states.

It is designed to run permanently on all systems it is installed on without disrupting that system’s main functions. The solution not only visualizes metrics, but also enables system admins to troubleshoot performance problems.

The project is also a part of the Cloud Native Computing Foundation (CNCF) landscape. According to the Netdata, it is the third most-starred open-source project in the CNCF landscape.

It’s currently in use by companies like Amazon, Google, Microsoft, Red Hat, and more.