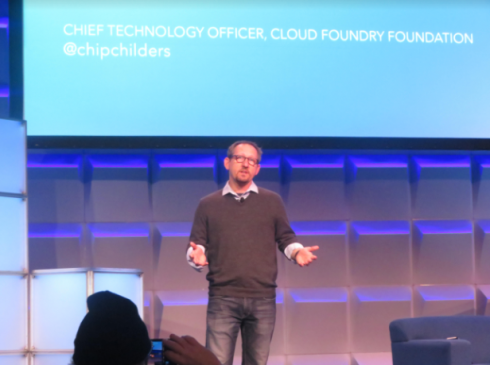 IBM proposed Project Eirini to replace the two schedulers with a common one for Cloud Foundry. Last fall, the Cloud Foundry Foundation’s Application Runtime Project Management Committee announced it had accepted Project Eirini as an incubation project. Google, IBM and Pivotal have three full-time engineers working on Project Eirini. SAP and SUSE have also committed to supporting Project Eirini. SUSE said it will have its technical preview next month and others have indicated there’s are in the works.

All are among key providers of public and private PaaS environments based on Cloud Foundry, which many large enterprises now use for business-critical cloud-based applications including American Airlines, Comcast, Home Depot and T-Mobile. Project Eirini will address the widespread need to simplify Kubernetes in their Cloud Foundry environments.

Abby Kearns, the Cloud Foundry Foundation’s executive director, announced that Project Eirini has passed functional testing. “The Eirini team has gone full bore,” Kearns said during the opening session of last week’s conference. “It’s projects like Eirini that are going to power us into the future.”

Chip Childers, the Cloud Foundry Foundation’s CTO, shared that view in his keynote. “It represents and all an option for and we use Kubernetes as the underlying container scheduler,” he said. “There’s a lot of work to be done to really reach feature parity, and then reach scale parity but it’s work that is accelerating and the work that’s moving very quickly.”

The project is considered critical because many organizations with Cloud Foundry environments, which lend themselves to 12-factor applications, also are using Kubernetes to manage their container-based clusters. Julz Friedman, the project manager overseeing IBM’s Project Eirini effort, demonstrated the technical preview during a keynote session at the Cloud Foundry Forum.

“What’s really happening inside the Eirini box is we’re taking the CF push developer experience and instead of mapping the applications to Diego, we are mapping them into Kubernetes  native objects,” Friedman said. “Under the covers, that’s all just Kubernetes YAML objects that were effected.”

Tom Petrocelli, research fellow at Amalgam Insights said removing that abstraction is an important capability. “The idea is to create an easier way to push to Kubernetes because all that all that work  you have to do to deploy to Kubernetes that nobody wants to talk about, writing YAML files, and all that’s a pain,” Petrocelli said.

IBM champions both Cloud Foundry and Kubernetes because they each lend themselves to different scenarios. Cloud Foundry is suited to building new web apps, mobile backends and API integration platforms, while Kubernetes is optimal for running packaged applications and existing containerized workloads at scale, said VP and Fellow, Jason McGee, CTO of IBM Cloud Platform in an in interview with IT Ops Times.

“We now have one platform that does that and Eirini is a really important step,” McGee said. “I think it also lets the Cloud Foundry community be more focused on the things that they really differentiate at like being focused on the developer experience, instead of putting so much energy into building a container orchestrator. Because now we can just use Kubernetes as the container orchestrator.”