The latest release of the open-source container-orchestration system Kubernetes is expected next month. Kubernetes 1.19 is expected to have 34 new enhancements with 10 brand new features, eight newly stable features, two management changes and 14 improvements to existing features.

“Kubernetes as a project is maturing, support has been increased from nine to 12 months, and there’s a new protocol in place to ensure a steady progress on feature development. Also, many of its new features are meant to improve the quality of life of its users, like Generic ephemeral inline volumes, or the structured logging,” Víctor Jiménez Cerrada, content marketing engineer at Sysdig, wrote in a post.

According to Cerrada, that extra three months takes the pressure off cluster admins to upgrade right away and helps make the cloud more secure.

Kubernetes 1.19 will also implement a warning mechanism for deprecated features which will help alert developers and cluster admins with a feature is deprecating soon in order to help them plan ahead. Other features to help make things easier for users include enhancements on how beta features are handled and graduated to stable, generic ephemeral inline volumes and updates to kubeadm.

For authentication, new features will include the stable releases of kubelet client TLS certificate rotation, limit node access to API, and the CertificateSigningRequest API.

Instrumentation updates include structured logging and a redesigned event API.

New in the Kubernetes network is Ingress version 1, the EndpointSlice API, AppProtocol in services and endpoints, SCTP support for services, pod, endpoint and network policy.

For nodes, 1.19 will allow users to set a pod’s hostname to its fully qualified domain name, disabledAcceleratorUsage Metrics, the node topology manager, Seccomp, and ability to build Kubelet without Docker.

More details on what is to come in next week’s release is available here. 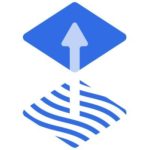