Report: 85% of companies have yet to achieve full Kubernetes and cloud native adoption 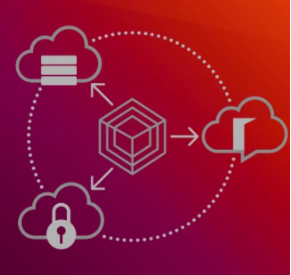 However, they are quickly moving in that direction. Nearly 78% of companies in Canonical’s  Kubernetes and Cloud Native Operations Report had at least one hybrid or multi-cloud use case in production at their organization, and the number is probably even higher when considering SaaS or third party managed services.

According to the report, the main challenges that impede fully crossing the chasm include managing the sprawl of diverse bare metal, VM and Kubernetes technologies.

Just over half of the respondents said that their challenges with adoption are due to a lack of in-house skills, followed by IT structure, incompatibility with legacy systems and difficulty training users—all at around 35%.

“They don’t realize they already have a lot of the required skills. Kubernetes is not where these skills originated… (These are) new terms used for older concepts. Many people lack confidence, because they believe that the fundamentals have changed somehow,” said Kelsey Hightower, developer advocate at Google.

Operations are said to be the next big challenge, with businesses looking at automation through application rather than configuration management.

“When people worry about the basics, i.e. security, costs, resources, observability and configuration, this is an indication that they haven’t yet crossed the chasm of full enterprise adoption,” said Alexis Richardson, founder and CEO of Weaveworks, one of the companies that provided insight into the report.

Many companies already recognize the importance of these technologies and most commonly use them for increased automation at around 20% of respondents, cloud backup costs at 13%, disaster recovery at 13 and mission-critical databases at about 6%.

For the report Canonical surveyed 1,200 global IT professionals on more than 40 topics about their usage of Kubernetes, bare metal, VMs, containers, and serverless applications.