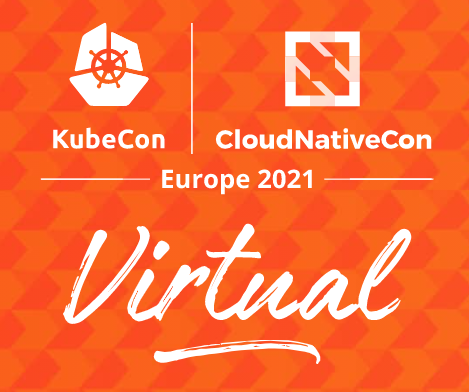 KubeCon + CloudNativeCon Europe 2021 kicked off today and a number of companies at the event made announcements of updates to their Kubernetes solutions.

Here are a few highlights from the first day of the event:

Pixie joins CNCF
Pixie is an open-source observability platform developed by New Relic. In addition to contributing Pixie, New Relic also announced it joined the CNCF Governing Board as a platinum member.

The CNCF will expand its relationship with AWS to ensure that Pixie is available on AWS.

“Open source is a defining value for New Relic and Pixie, which is why we are standardizing our observability offerings with OpenTelemetry and are in the process of contributing Pixie as an open source project to CNCF,” said Zain Asgar, GM of Pixie and New Relic Open Source at New Relic, and CEO and co-founder of Pixie Labs. “We have seen the positive impact of open governance on open source projects first-hand, and we look forward to supporting this initiative on an industry-wide level through our Platinum membership in CNCF.”

Red Hat rebrands StackRox
Red Hat has announced StackRox will be rebranded as Red Hat Advanced Cluster Security for Kubernetes and available in the company’s OpenShift Platform Plus. StackRox is a container and Kubernetes-native security company Red Hat acquired in February 2021.

The code that will power the Red Hat Advanced Cluster Security for Kubernetes will become the StackRox community, which will work to open source and manage the project. “We believe the StackRox community will help drive significant innovation and benefits for users when it comes to security — an industry that has traditionally been dominated by proprietary solutions,” the company wrote in a post. “Once up and running, the StackRox project will enable users to address major security use cases across the application lifecycle, including visibility, vulnerability management, configuration management, network segmentation, compliance, threat detection and incident response, as well as risk profiling.”

“If you’re serious about cloud-native, you’re using Kubernetes, but it requires learning new concepts, and turning applications alongside infrastructure for best performance,” said Leonid Belkind, CTO and co-founder of StackPulse. “While developer teams push to adopt K8s due to the benefits in velocity it brings, it can be hard for Ops teams or on-call developers to know how to respond to alerts, or fix issues in production. This leads to costly incidents and outages. What we’re releasing today is a set of automated tools for diagnostics, mitigation, and remediation that help any Kubernetes environment operate with the best practices of planet-scale Kubernetes shops.”

“This is the decade of data, and enterprises are building new data architectures to transform their businesses. The challenge is, how do we make data fluid and scalable? How do we make it modern and containerized? It’s exciting to see the community engagement behind K8ssandra and the many other projects that are breaking down the barriers to running data on Kubernetes,” said Sam Ramji, chief strategy officer at DataStax.

Portworx releases PX-Backup 2.0
PX-Backup 2.0 features a redesigned architecture that will allow for better scalability. New deployments will have three new pods that are designed to ensure high availability.

Other features include an activity timeline view, application grouping, monitoring through Prometheus and Grafana, availability in cloud marketplaces, and guided onboarding.

“As we continue to evolve AWS Fargate, giving customers different approaches to security has been important to us. Open source Falco has strong momentum and with its syscall approach, it’s designed to provide comprehensive AWS Fargate threat detection. We have worked with Sysdig on this integration with the ultimate goal of giving AWS Fargate users deeper visibility to manage risk,” said Fernando Zandona, general manager or serverless containers at AWS.

Zebrium adds plain language root cause summarization
According to the company, this addition will help developers and SREs speed up incident resolution and automatically find root cause for apps deployed with Kubernetes. The new feature is powered by the GPT-3 language model and derived from logs and metrics to determine incident root cause.

The company is also expanding its observability and incident management tool integrations to include Atlassian Opsgenie and Jira.

The Linux Foundation and CNCF launch free Kubernetes and edge training
The new course, Introduction to Kubernetes on Edge with K3s (LFS156x), will be available on the edX.org online platform. According to the foundations, it will provide use cases and applications of Kubernetes at the edge as well as provide examples, labs and a technical overview of the cloud-native edge space. It will be a 15-hour course in which participants will learn more about the foundations’ projects, how to deploy apps to the edge, and how open-source tools can be applied.

The course is designed primarily for developers who wish to learn about the impact of cloud-native and edge deployments.

About Jenna Sargent and Christina Cardoza

View all posts by Jenna Sargent and Christina Cardoza