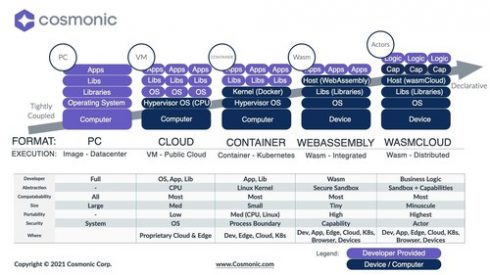 The WebAssembly pioneer Cosmonic today announced that the Cloud Native Computing Foundation (CNCF) has accepted its universal application runtime for building cloud-native applications with WebAssembly that can run anywhere as its latest Sandbox project.

“WebAssembly in the cloud is already being driven forward by a thriving ecosystem of open source projects, and we’re standing on the shoulders of giants here,” said Kevin Hoffman, wasmCloud co-founder and tech lead. “By donating wasmCloud to the CNCF, we hope to contribute to the growth of this community and accelerate wasmCloud’s adoption.”

The project was launched in November 2020 and has amassed nearly 80 contributors, and joins other Sandbox projects such as Krustlet, Krator, and Orcas.

The proliferation of 21.5 billion internet-connected devices and a combination of operating systems and browsers makes portable apps a must-have and is a near-term evolution for application development. 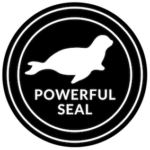